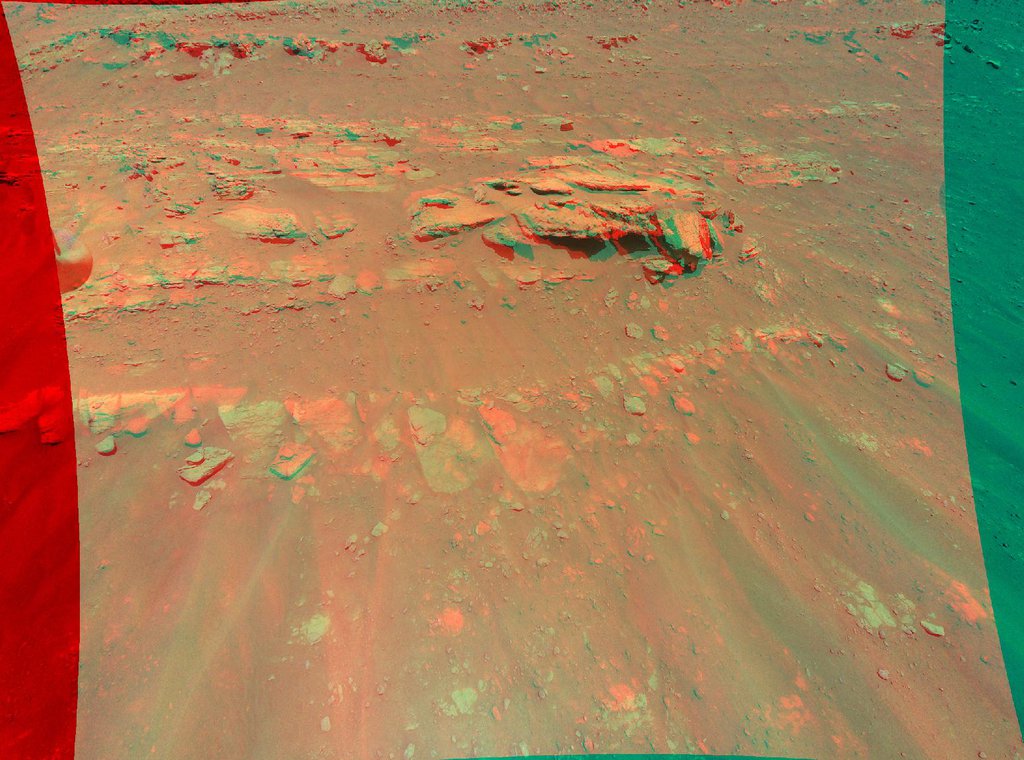 This 3D view of an area the Mars Perseverance rover team calls "Faillefeu" was created from data collected by NASA's Ingenuity Mars Helicopter during its 13th flight at Mars on Sept. 4, 2021. The images used to create the 3D, or anaglyph, picture of the geologic feature were taken at the request of the Mars Perseverance rover science team, which was considering visiting the geologic feature during the first science campaign.

The anaglyph is best viewed with red-blue glasses. It was created by combining data from two images taken 16 feet (5 meters) apart by the color camera aboard Ingenuity. At the time the two images were taken, Ingenuity was at an altitude of 26 feet (8 meters).