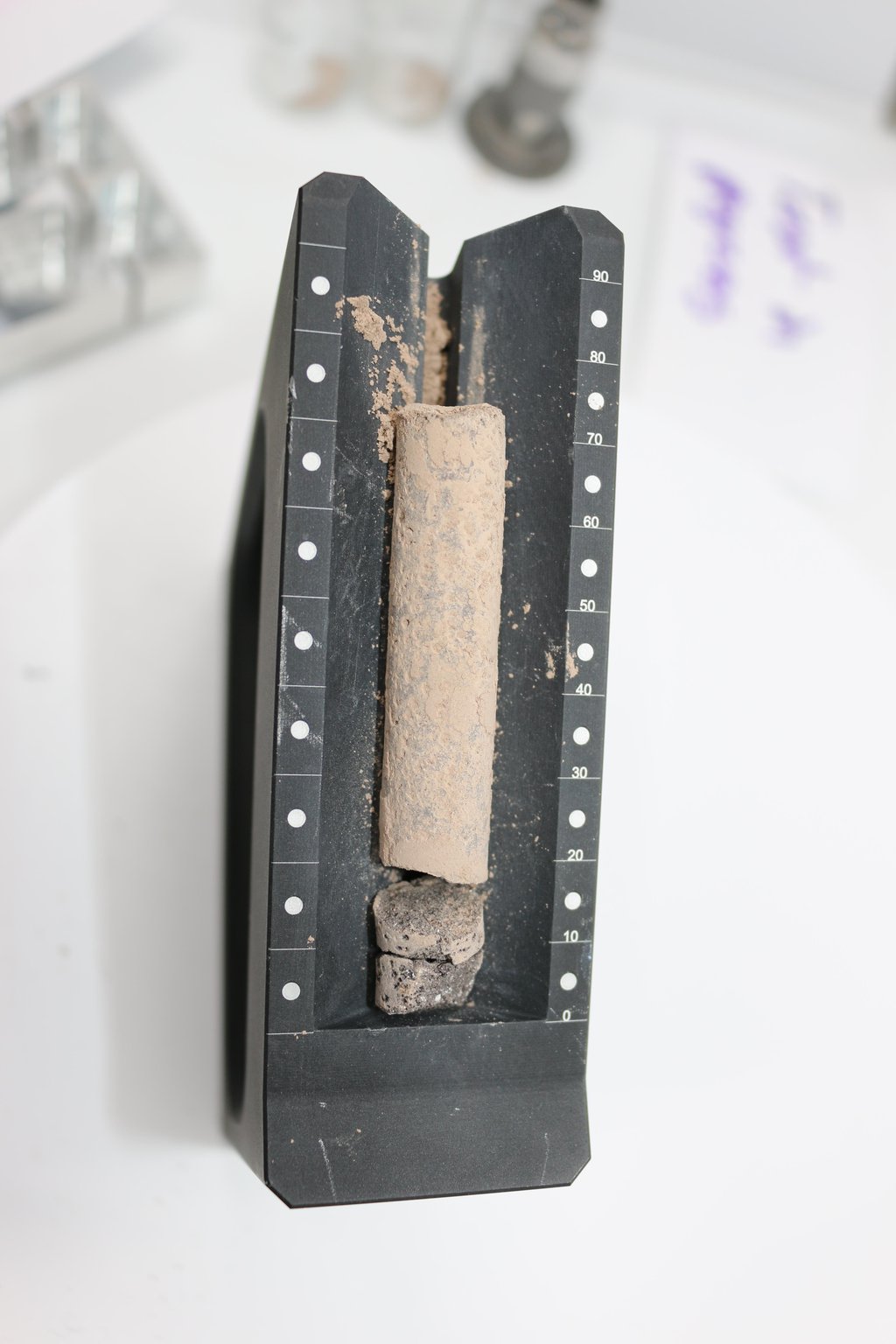 This image shows a core, about 2.8 inches (71.1 millimeters) in length, collected from a basaltic rock during a test of the Perseverance rover's Sampling and Caching System at NASA's Jet Propulsion Laboratory in Southern California. After a sampling test is completed, engineers carefully remove the core from its sample tube and place it in a sample tray, as they've done here, to document the result.