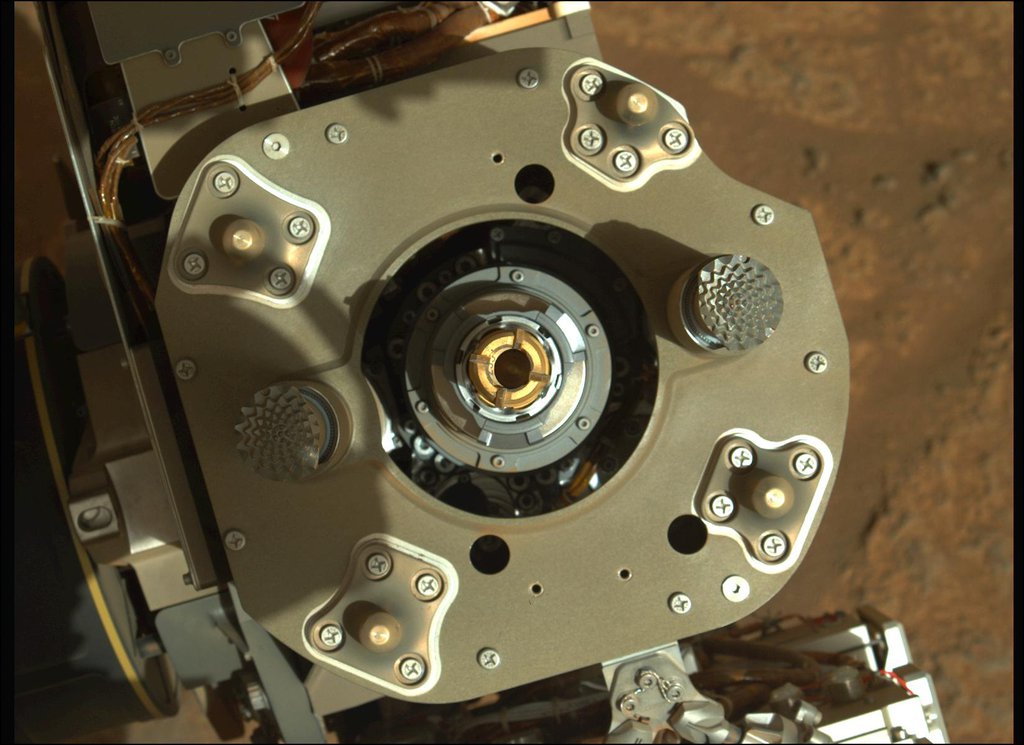 This enhanced-color image from the Mastcam-Z instrument aboard NASA's Perseverance rover shows a sample tube inside the coring bit after the August 6, 2021, coring activity was completed. The bronze-colored outer-ring is the coring bit. The lighter-colored inner-ring is the open end of the sample tube. A portion of the tube's serial number – 233 – can be seen on the left side of tube's wall.