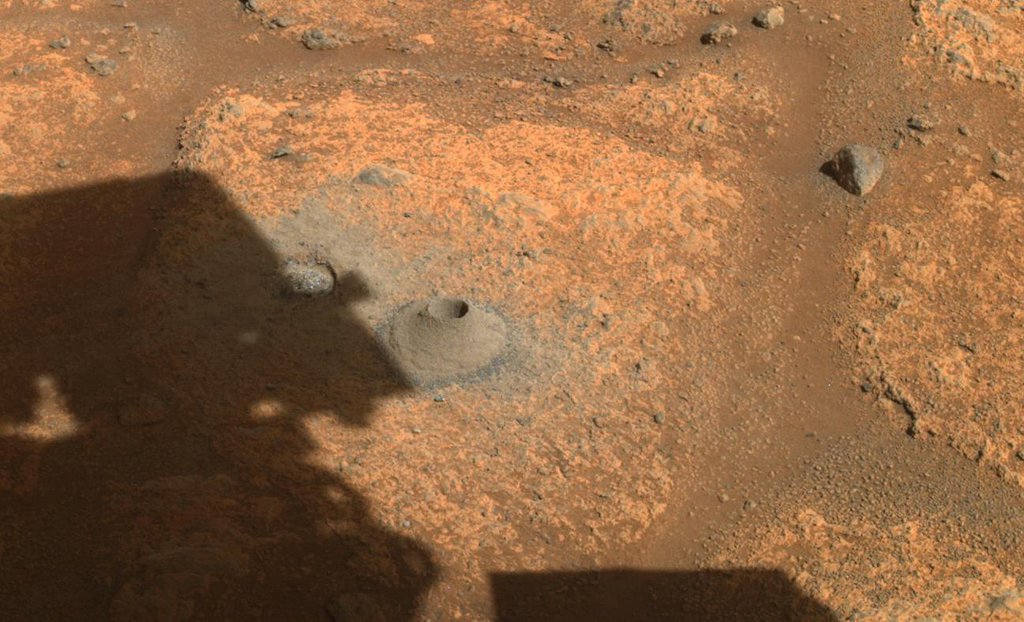 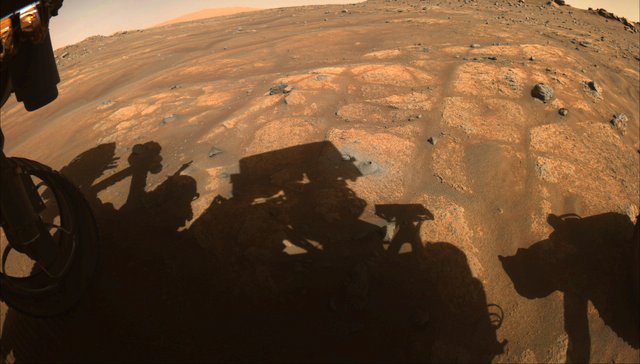 This image taken by NASA's Perseverance rover on August 6, 2021, shows the hole drilled in a Martian rock in preparation for the rover's first attempt to collect a sample. It was taken by one of the rover's hazard cameras in what the rover's science team has nicknamed a "paver rock" in the "Crater Floor Fractured Rough" area of Jezero Crater.