Psyche: One Year Until Launch 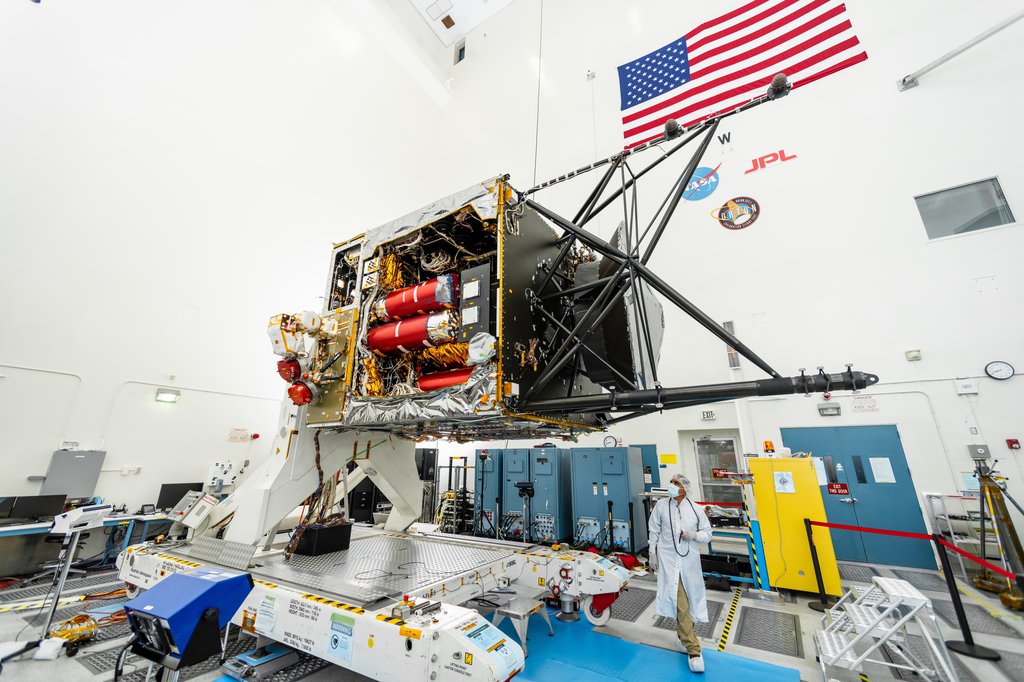 NASA's Psyche spacecraft is captured here on August 18, 2021, in a clean room at the agency's Jet Propulsion Laboratory in Southern California – in the midst of system integration and test. The mission's launch period opens August 1, 2022.

The nitrogen tanks are visible in the center of the spacecraft chassis, encased in red protective "remove before flight" covers. Mounted on the right is the strut tower, which will host the sensors for two of the science instruments – the magnetometer and the Gamma Ray and Neutron Spectrometer (GRNS).

By spring of 2022, the fully assembled Psyche spacecraft will ship from JPL to NASA's Kennedy Space Center for launch. In early 2026, the spacecraft will arrive at its target, an asteroid of the same name in the main asteroid belt between Mars and Jupiter. Scientists believe asteroid Psyche, which is about 140 miles (226 kilometers) wide, is made largely of iron and nickel and could be the core of an early planet. The spacecraft will spend 21 months orbiting the asteroid and gathering science data. Besides the magnetometer and the GRNS, Psyche will carry a multispectral imager.

For more information about NASA's Psyche mission, go to: http://www.nasa.gov/psyche and https://psyche.asu.edu/