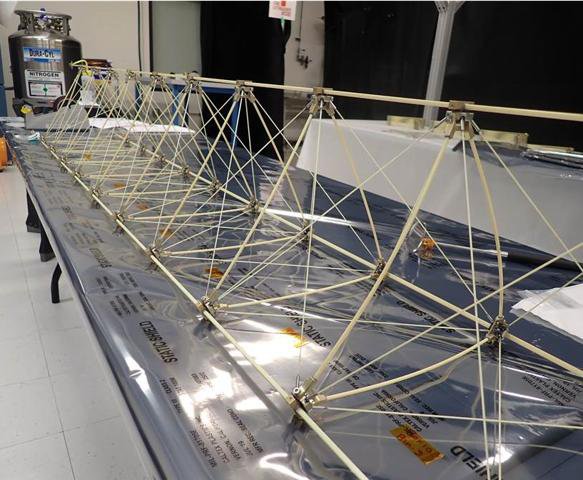 A test model of the boom that will be used for the magnetometer aboard NASA's Europa Clipper spacecraft is readied in NASA's Jet Propulsion Laboratory in Southern California. Called a dynamic test model, it is an exact duplicate of the Europa Clipper Magnetometer (ECM) boom that will fly on Europa Clipper. To fit aboard the rocket, the boom will be stowed in a canister and will deploy to its full length of 25 feet (8.5 meters) in the days after launch. The ECM will allow scientists to measure Europa's magnetic field and to measure the salinity and depth of Europa's internal global ocean.

NASA scientists believe Jupiter's moon Europa may have the potential to harbor existing life, because of the internal ocean. Europa Clipper will swoop around Jupiter on an elliptical path, dipping close to the moon on each flyby. Understanding Europa's habitability will help scientists better understand how life developed on Earth and the potential for finding life beyond our planet. Europa Clipper is set to launch in 2024.