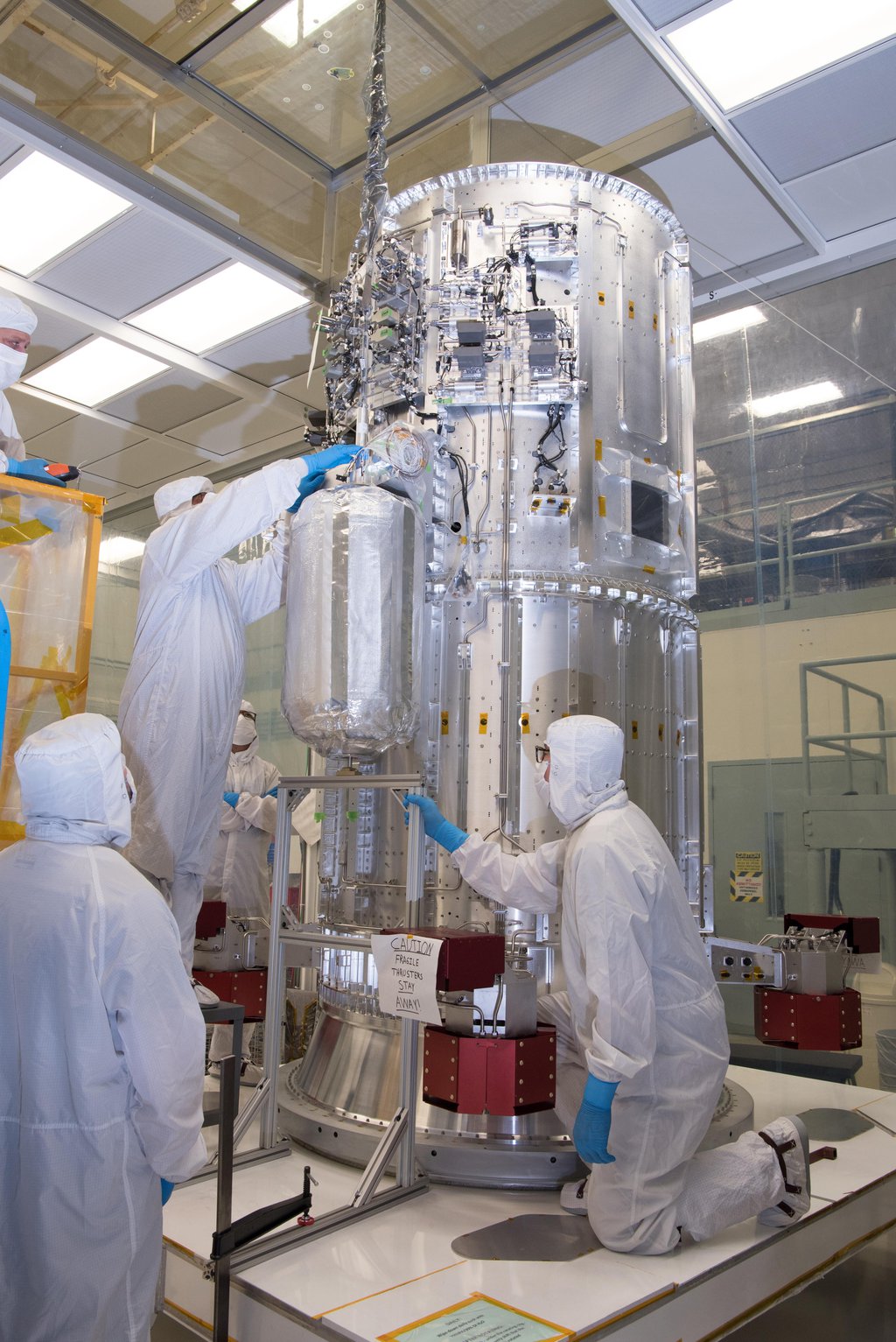 Engineers and technicians in a clean room at NASA's Goddard Space Flight Center in Greenbelt, Maryland, integrate the tanks that will contain helium onto the propulsion module of NASA's Europa Clipper spacecraft. The 10-foot-tall (3-meter-tall) propulsion module was also integrated with 16 rocket engines at Goddard. The module then was shipped to the Johns Hopkins Applied Physics Laboratory (APL) in Laurel, Maryland, where engineers will install electronics, radios, antennas, and cabling. In 2022, this major piece of hardware will ship to NASA's Jet Propulsion Laboratory in Southern California for assembly, test, and launch operations.

With an internal global ocean under a thick layer of ice, Jupiter's moon Europa may have the potential to harbor existing life. The Europa Clipper spacecraft will swoop around Jupiter on an elliptical path, dipping close to the moon on each flyby to collect data. Understanding Europa's habitability will help scientists better understand how life developed on Earth and the potential for finding life beyond our planet. Europa Clipper is set to launch in 2024.