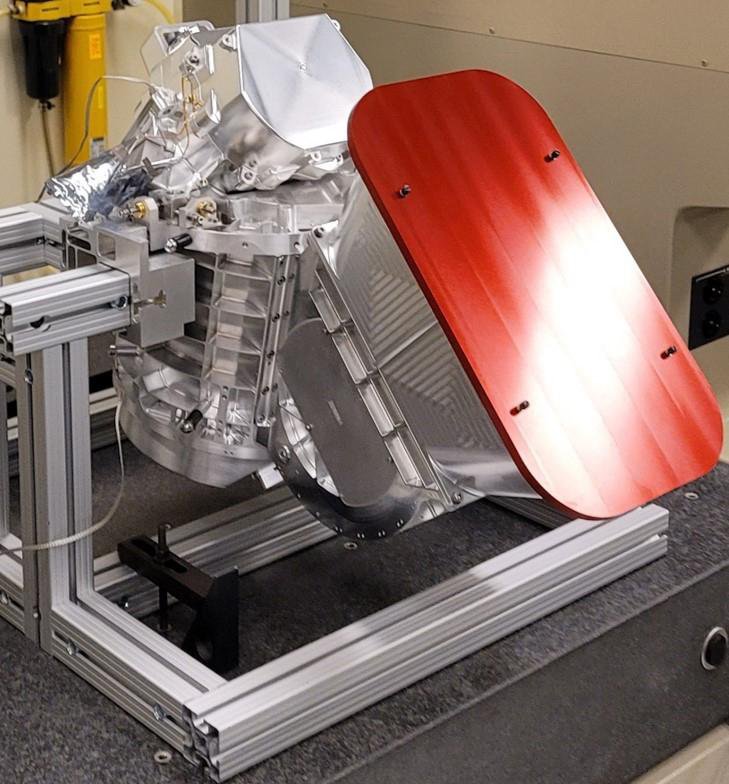 NASA's Jet Propulsion Laboratory in Southern California is building the spectrometer for the agency's Europa Clipper mission. Called the Mapping Imaging Spectrometer for Europa (MISE), it is seen in the midst of assembly in a clean room at JPL. Pronounced "mize," the instrument will analyze infrared light reflected from Jupiter's moon Europa and will map the distribution of organics and salts on the surface to help scientists understand if the moon's global ocean – which lies beneath a thick layer of ice – is habitable.

Because of its internal ocean, scientists believe Jupiter's moon Europa may have the potential to harbor existing life. Europa Clipper will swoop around Jupiter on an elliptical path, dipping close to the moon on each flyby. Understanding Europa's habitability will help scientists better understand how life developed on Earth and the potential for finding life beyond our planet. Europa Clipper is set to launch in 2024.