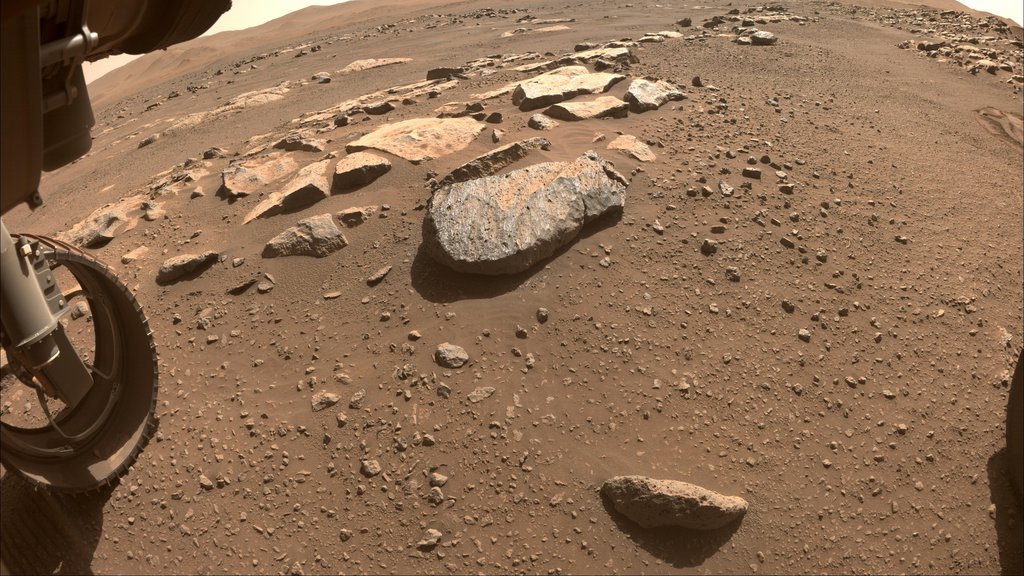 NASA's Perseverance Mars will use a tool on its robotic arm to abrade the rock, nicknamed "Rochette," at the center of this image, allowing scientists to look inside and determine whether to capture a sample with the rover's coring bit. The image was taken by one of the rover's front Hazard Cameras.