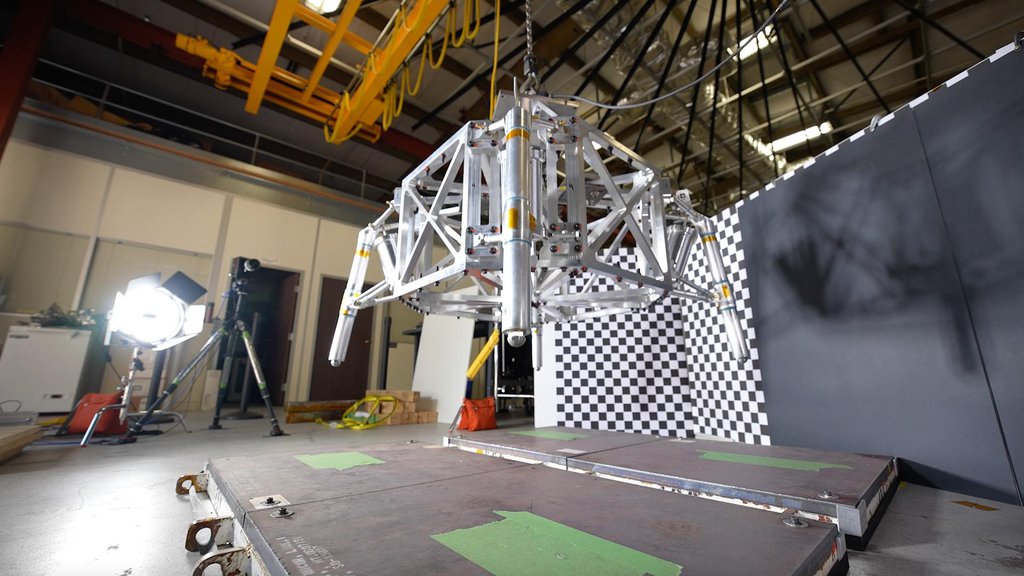 Engineers at NASA's Jet Propulsion Laboratory dropped this prototype to learn how a future Sample Return Lander could safely touch down on Mars. The lander would be part of the Mars Sample Return campaign.

NASA's Mars Sample Return will revolutionize our understanding of Mars by returning scientifically-selected samples for study using the most sophisticated instruments around the world. The mission will fulfill a solar system exploration goal, a high priority since 1980 and the last two National Academy of Sciences Planetary Decadal Surveys.

This strategic partnership of NASA and ESA (European Space Agency) will be the first mission to return samples from another planet, including the first launch and return from the surface of another planet. These samples collected by Perseverance during its exploration of an ancient river-delta are thought to be the best opportunity to reveal the early evolution of Mars, including the potential for life.