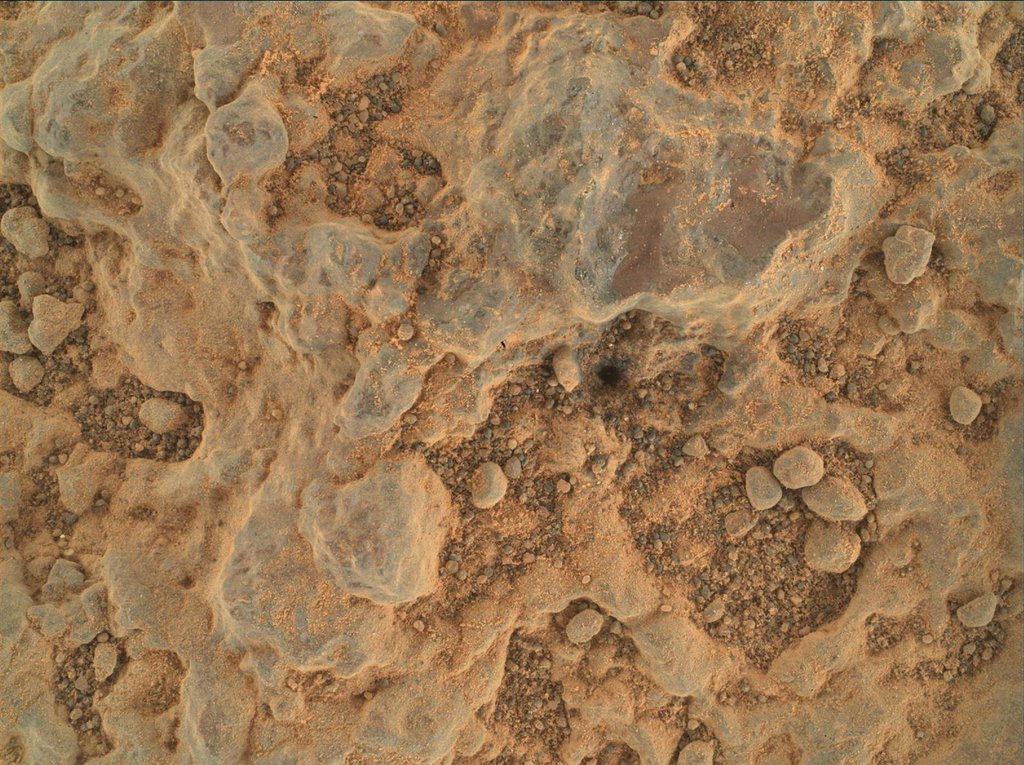 NASA's Perseverance Mars rover took this close-up of a rock target nicknamed "Foux" using its WATSON (Wide Angle Topographic Sensor for Operations and eNgineering) camera, part of the SHERLOC instrument on the end of the rover's robotic arm. The image was taken July 11, 2021, the 139th Martian day, or sol, of the mission. The area within the camera is roughly 1.4 by 1 inches (3.5 centimeters by 2.6 centimeters).