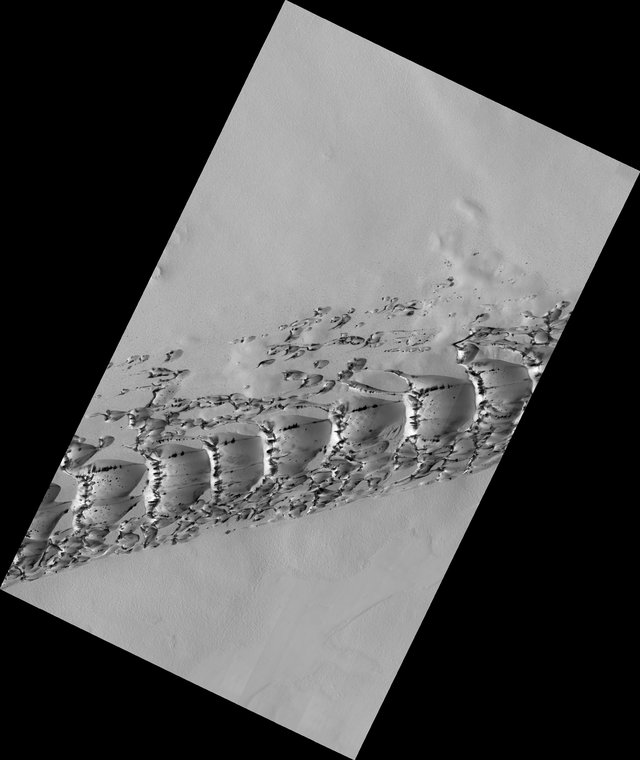 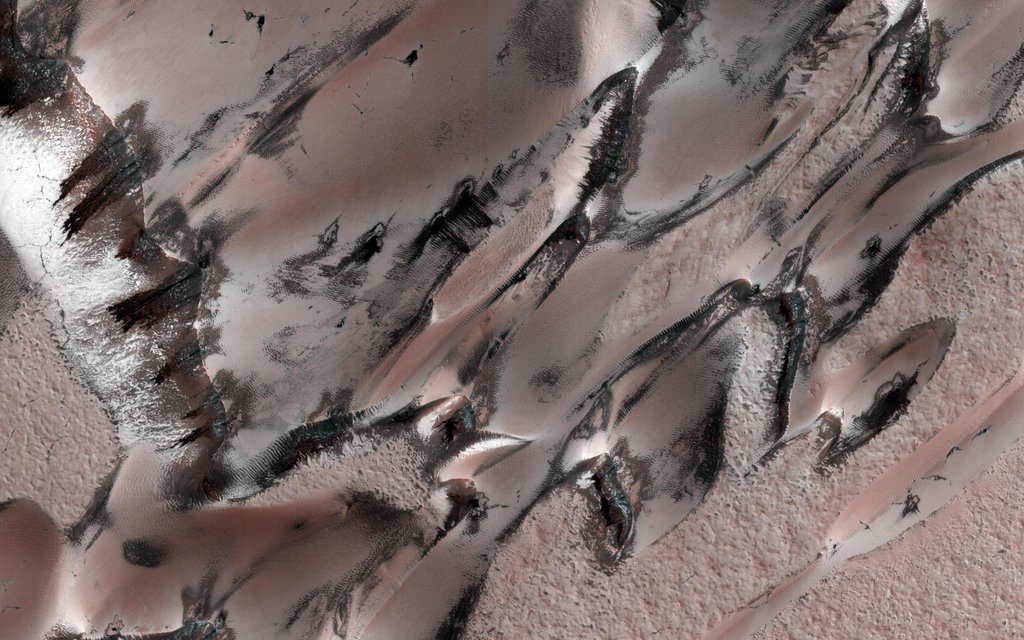 The main "megadune" formation comprises giant crescent-shaped dunes called "barchans," which have been migrating (from upper-right to lower-left) over the past several centuries or more.

Light-toned seasonal carbon dioxide frost and ice that accumulated over the winter still covers the majority of the surface, and is now starting to defrost and sublimate in complex patterns. (This depends on the slope aspect and incoming solar illumination). As frost is removed, the darker "coal-black" nature of the dune sand is revealed. For example, compare with this image taken in summer, when frost is gone and the dunes are migrating.

The striped patterns of the carbon dioxide frost and linear nature of the dune field give it a sea serpent-like appearance.