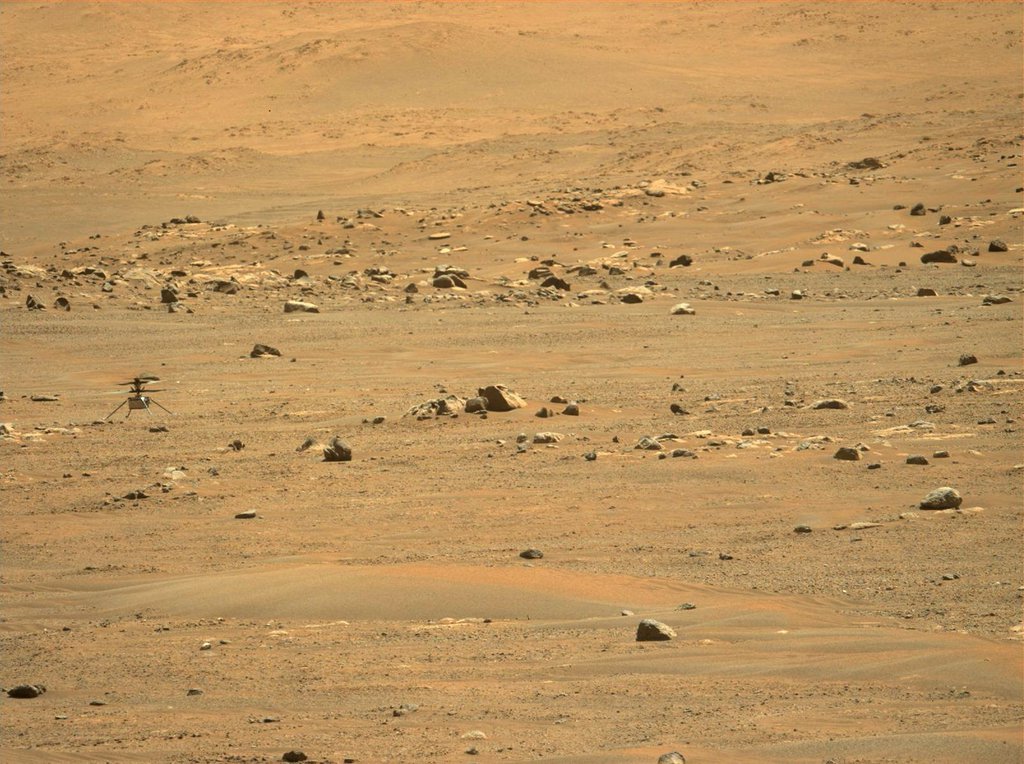 NASA's Ingenuity Mars Helicopter's was captured after landing on May 7, 2021, by the Mastcam-Z imager, one of the instruments aboard the agency's Perseverance rover. The helicopter ascended to a new height record of 33 feet (10 meters) and flew 424 feet (129 meters) to a new landing site. This was the helicopter's fifth flight, and the first time the helicopter made a one-way flight. It was airborne a total of 108 seconds.