Ice-Rich Terrain of the Northern Plains 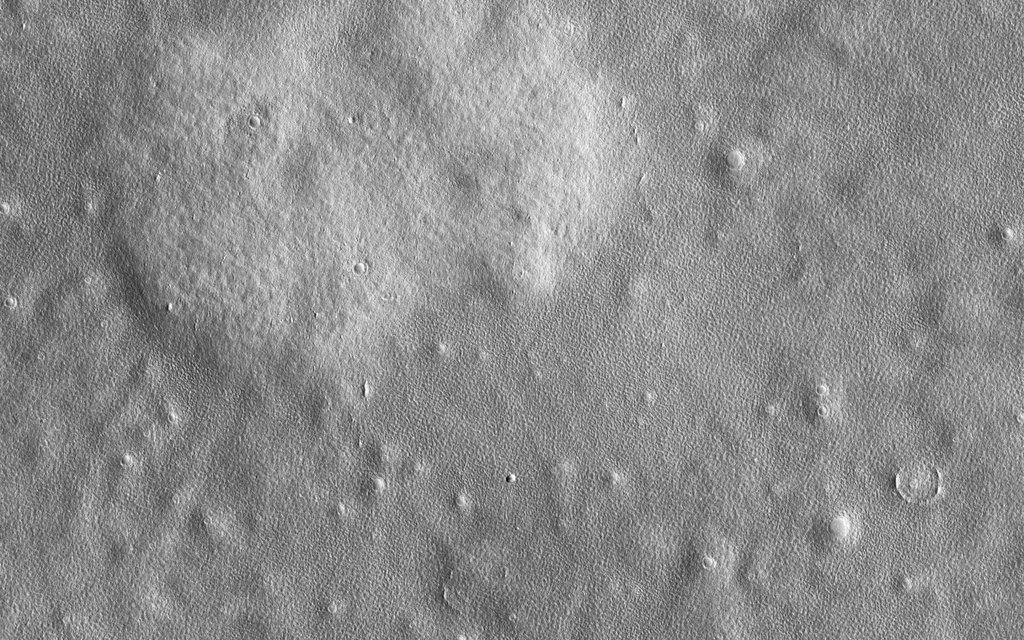 This image shows a surface shaped by ice. Funnel-shaped craters scattered throughout the image are interpreted as impacts that once had the classic bowl shape, but have now expanded via sublimation.

At high resolution the surface is divided by polygonal fractures, spaced a few meters apart. These polygons are common on the northern plains and were seen by the Phoenix Lander. They form when annual temperature cycles cause the ice to fracture as it expands and shrinks. The polygons are especially prominent and well-defined in a shallow pit in the (west-center part of the) image, which may indicate that depth or purity of the ice is different there.