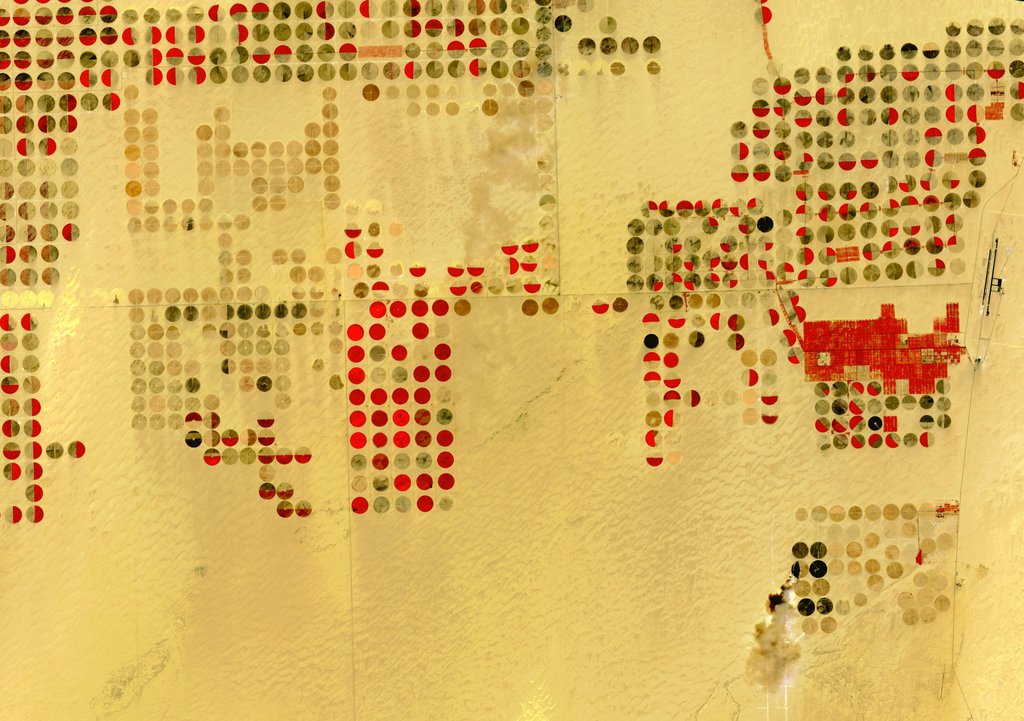 The Nubian Sandstone Aquifer System is the world's largest fossil water aquifer system. It covers an estimated area of 2.6 million km2, including parts of Sudan, Chad, Libya, and most of Egypt. In the southwestern part of Egypt, the East Oweinat development project uses central pivot irrigation to mine the fossil water for extensive agricultural development. Crops include wheat and potatoes; they are transported via the airport on the eastern side. The image was acquired October 12, 2015, covers an area of 33.3 by 47.2 km, and is located near 22.6 degrees north, 28.5 degrees east.