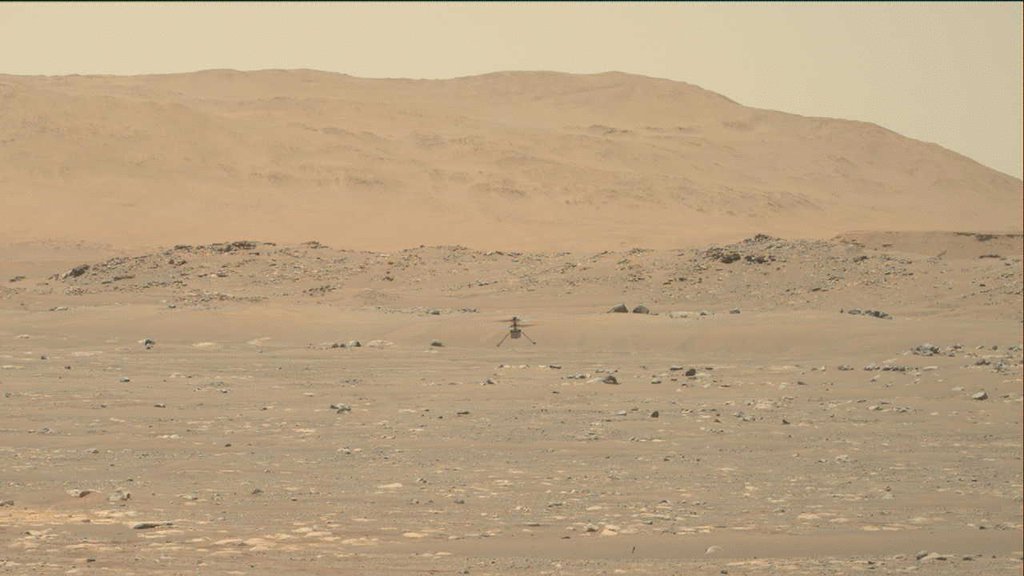 NASA's Ingenuity Mars Helicopter hovers over the Martian surface — the first instance of powered, controlled flight on another planet — as viewed by the Mastcam-Z imager aboard the Perseverance Mars rover on April 19, 2021.

The solar-powered helicopter first became airborne at 3:34 a.m. EDT (12:34 a.m. PDT) — 12:33 Local Mean Solar Time (Mars time) — a time the Ingenuity team determined would have optimal energy and flight conditions. Altimeter data indicate Ingenuity climbed to its prescribed maximum altitude of 10 feet (3 meters) and maintained a stable hover for 30 seconds. It then descended, touching back down on the surface of Mars after logging a total of 39.1 seconds of flight.