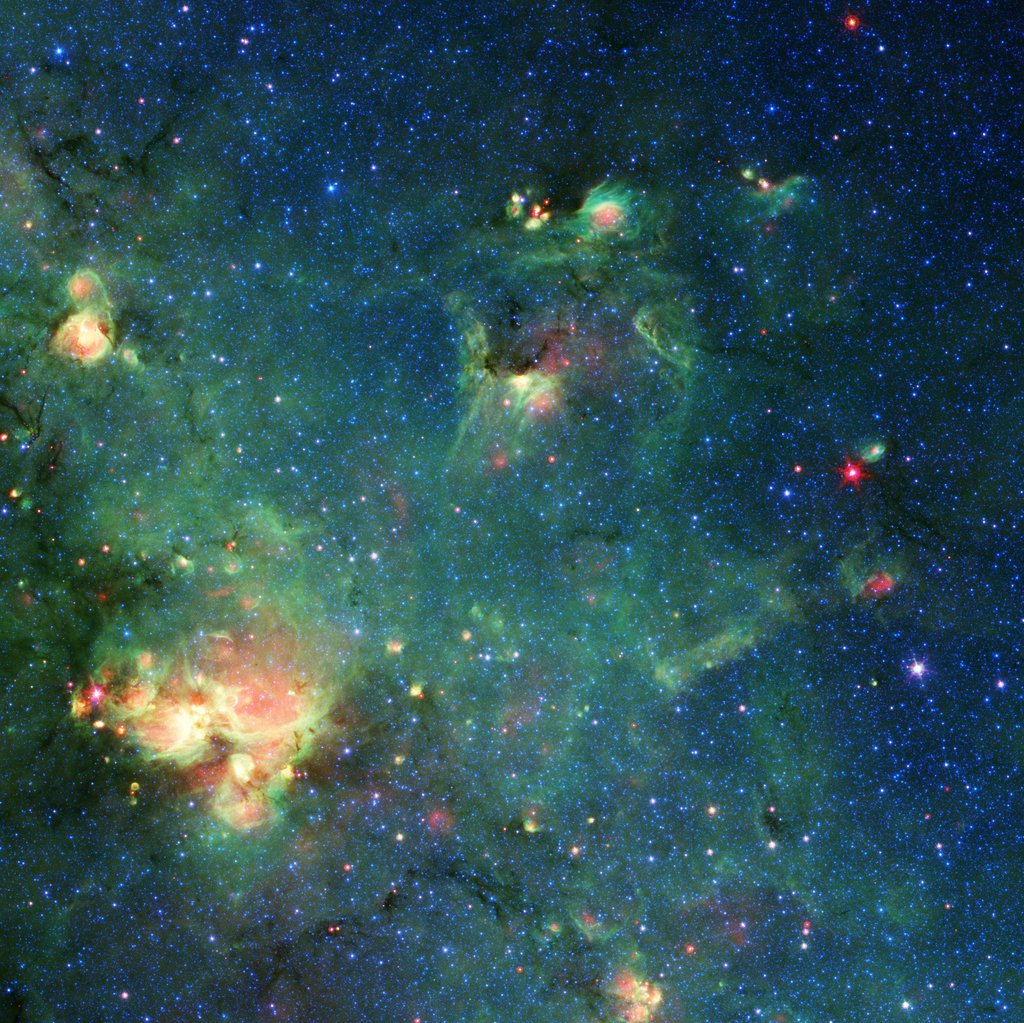 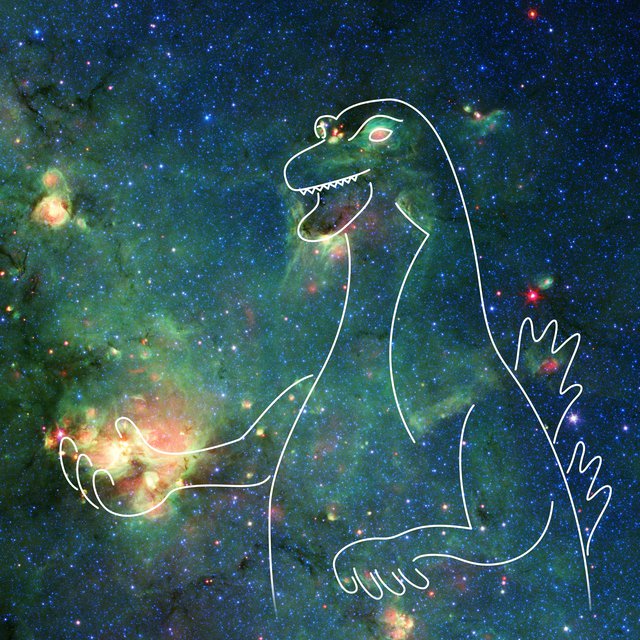 This colorful image shows a nebula – a cloud of gas and dust in space – captured by NASA's now-retired Spitzer Space Telescope located is in the constellation Sagittarius, along the plane of the Milky Way, which was as part of Spitzer's GLIMPSE Survey (short for Galactic Legacy Infrared Mid-Plane Survey Extraordinaire). With a little imagination, you might be able to see the outlines of Godzilla. Figure 1 features a line drawing that highlights how parts of this nebula resemble the movie monster.

Stars in the upper right (where this cosmic Godzilla's eyes and snout would be) are an unknown distance from Earth but within our galaxy. Located about 7,800 light-years from Earth, the bright region in the lower left (Godzilla's right hand) is known as W33.

When viewed in visible light, this region is almost entirely obscured by dust clouds. But infrared light (wavelengths longer than what our eyes can perceive) can penetrate the clouds, revealing hidden regions like this one.

When massive stars die and explode into supernovae, they reshape the regions around them, carving them into different shapes; they also push material together and initiate the birth of new stars that continue the cycle.

The entire body of scientific data collected by Spitzer during its lifetime is available to the public via the Spitzer data archive, housed at the Infrared Science Archive at IPAC at Caltech in Pasadena, California. JPL, a division of Caltech, managed Spitzer mission operations for NASA's Science Mission Directorate in Washington. Science operations were conducted at the Spitzer Science Center at IPAC at Caltech. Spacecraft operations were based at Lockheed Martin Space in Littleton, Colorado.