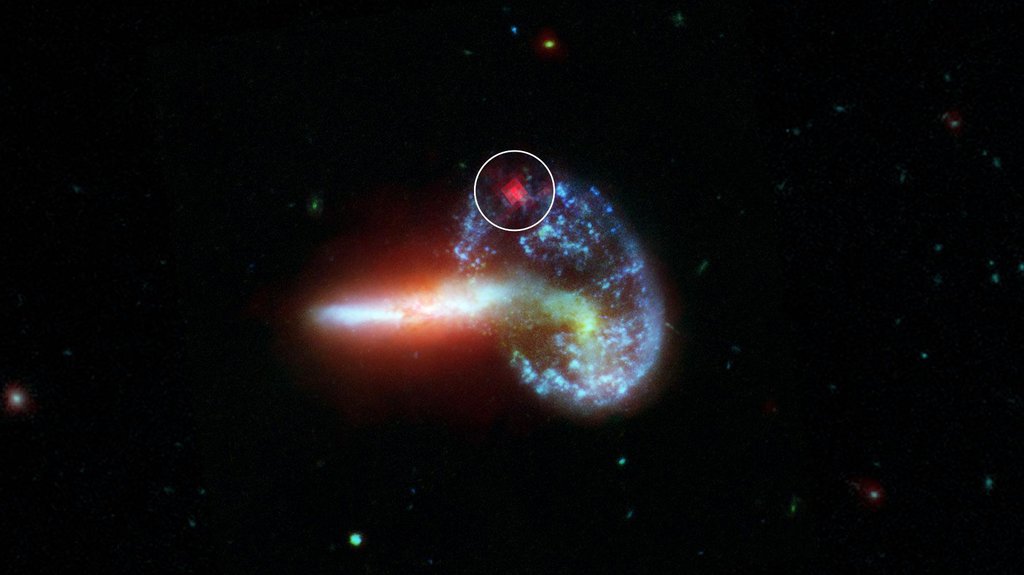 This image shows galaxy Arp 148, captured by NASA's Spitzer and Hubble telescopes. Inside the white circle is specially-processed Spitzer data, which reveals infrared light from a supernova that is hidden by dust. Supernovae are massive stars that have exploded after running out of fuel. They radiate most brightly in visible light (the kind the human eye can detect), but these wavelengths are obscured by dust. Infrared light, however, can pass through dust.

The analysis of Arp 148 was part of an effort to find hidden supernovae in 40 dust-choked galaxies that also emit high levels of infrared light. These galaxies are known as luminous and ultra-luminous infrared galaxies (LIRGs and ULIRGs, respectively). The dust in LIRGs and ULIRGs absorbs optical light from objects like supernovae but allows infrared light from these same objects to pass through unobstructed for telescopes like Spitzer to detect.