The Orbit of Asteroid Didymos 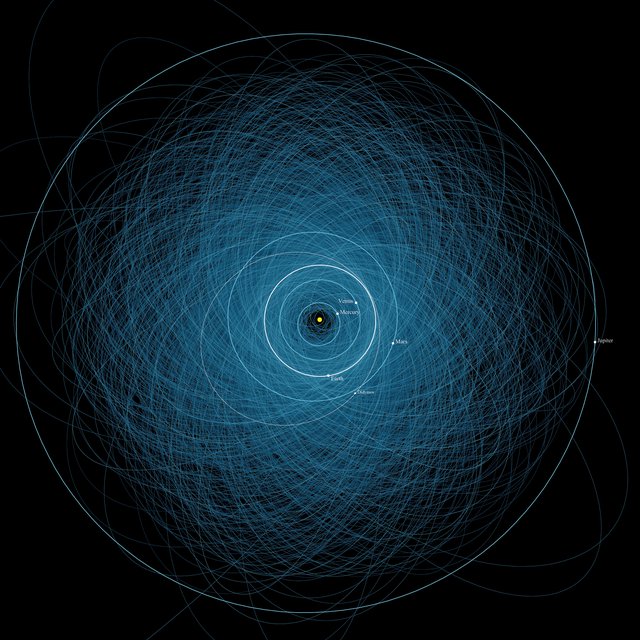 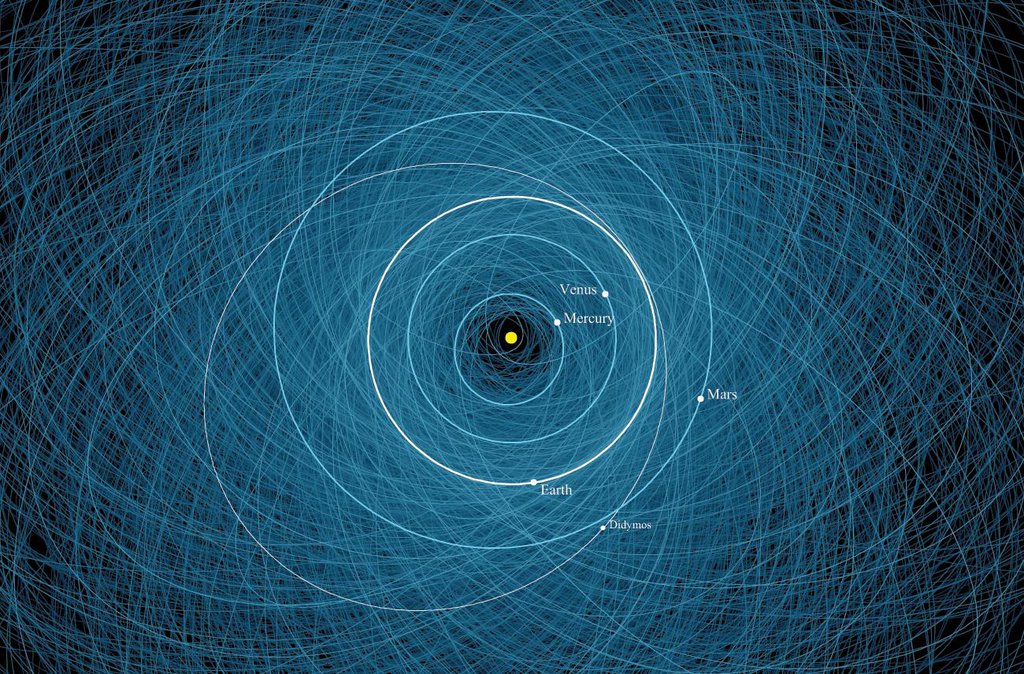 This diagram shows the orbit of binary asteroid Didymos around the Sun. Didymos consists of a large, nearly half-mile-wide (780-meter-wide) asteroid orbited by a smaller, 525-foot-wide (160-meter-wide) asteroid, or moonlet. Didymos' orbital path around the Sun is shown as the thin white ellipse and Earth's orbit is the thick white line. In the background are the orbits for 2,200 other known potentially hazardous asteroids.

A potentially hazardous asteroid is classified as an asteroid wider than about 460 feet (140 meters) with an orbit that brings it within 5 million miles (8 million kilometers) of Earth's orbit.

Didymos' smaller asteroid is the target of NASA's Double Asteroid Redirect Test (DART) mission. The DART spacecraft is a kinetic impactor designed to collide with the moonlet to see how its orbit around the larger asteroid will be changed by the impact. The outcome of this mission will help NASA determine whether the method could be used to modify the trajectory of an asteroid should one threaten Earth in the future. Didymos is not a danger to our planet.