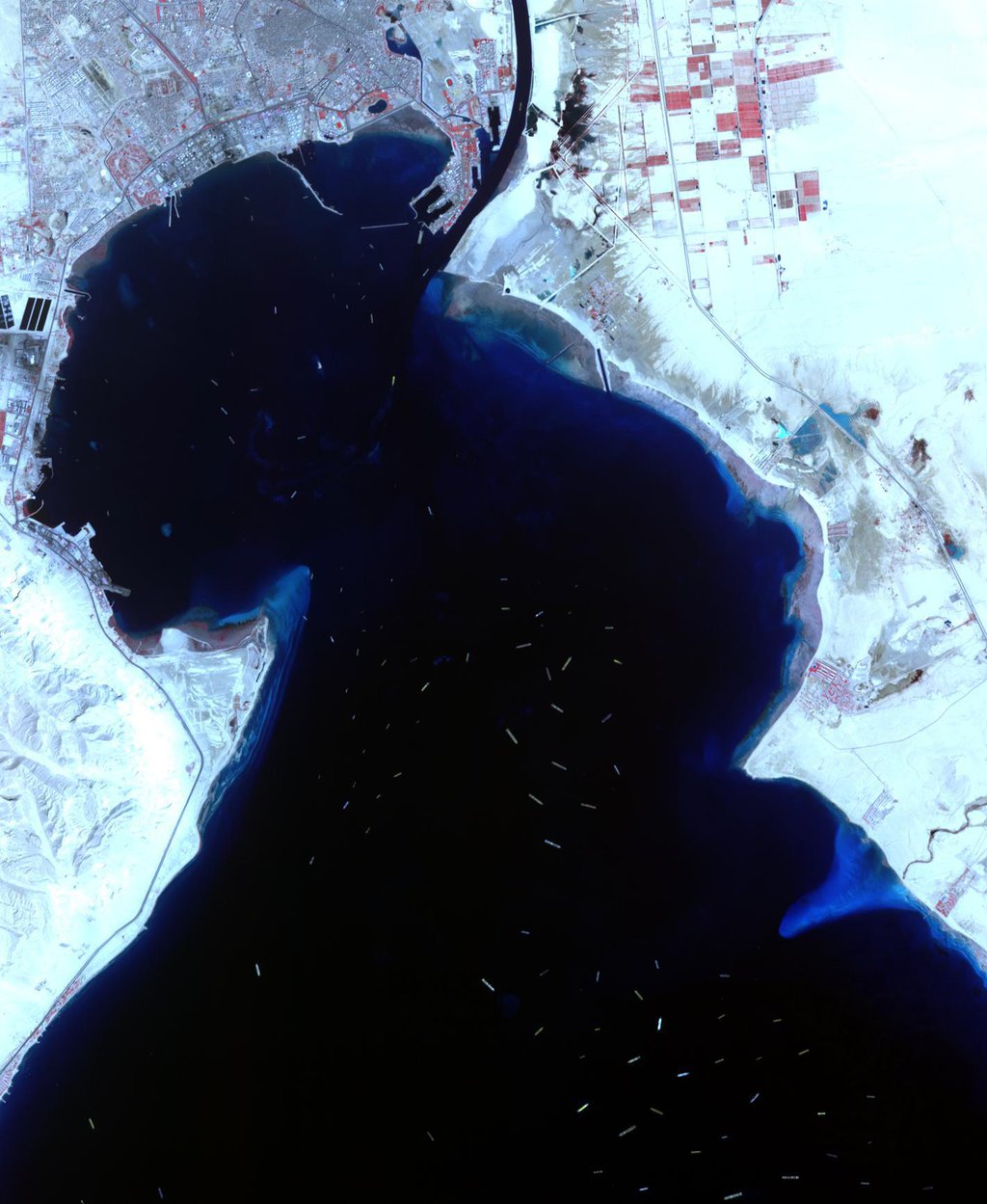 Even after the mega-freighter Ever Given was freed from its grounding in the Suez Canal on March 29, 5 days later shipping traffic still had not recovered from the crisis. At the southern entrance to the Canal, in the Gulf of Suez, over 100 freighters waited their turn to enter the Canal and proceed to the Mediterranean Sea. The image was acquired April 4, covers an area of 21.3 by 34.5 km, and is located 29.7 degrees north, 32.6 degrees east.