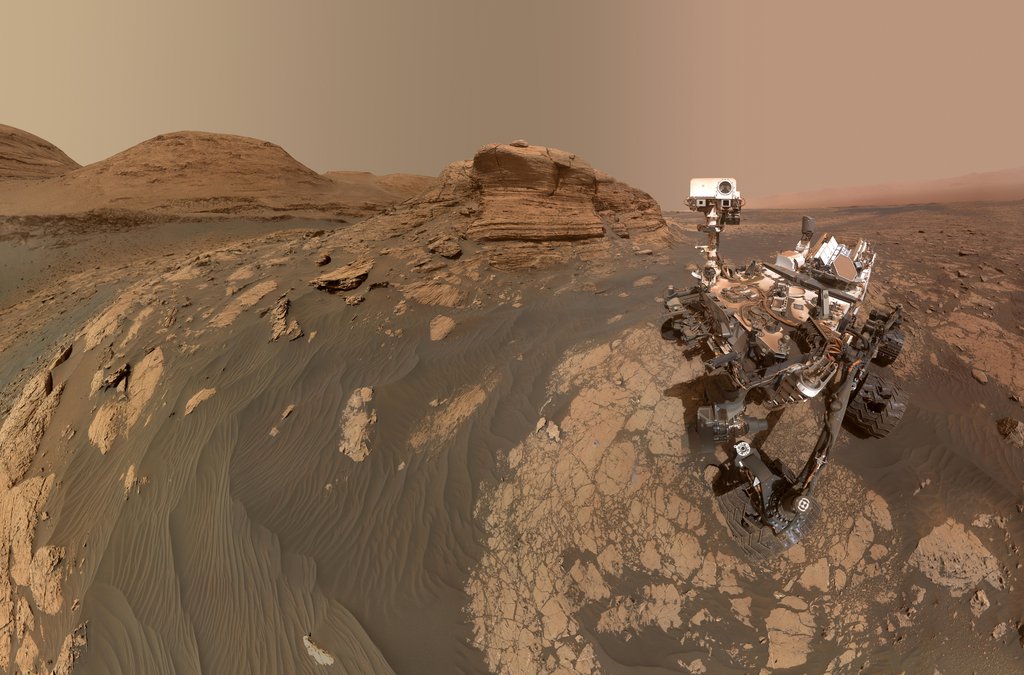 NASA's Curiosity Mars rover used two different cameras to create this selfie in front of Mont Mercou, a rock outcrop that stands 20 feet (6 meters) tall. The panorama is made up of 60 images taken by the Mars Hand Lens Imager (MAHLI) on the rover's robotic arm on March 26, 2021, the 3070th Martian day, or sol, of the mission. These were combined with 11 images taken by the Mastcam on the mast, or "head," of the rover on March 16, 2021, the 3,060th Martian day of the mission.

The hole visible to the left of the rover is where its robotic drill sampled a rock nicknamed "Nontron." The Curiosity team is nicknaming features in this part of Mars using names from the region around the village of Nontron in southwestern France.