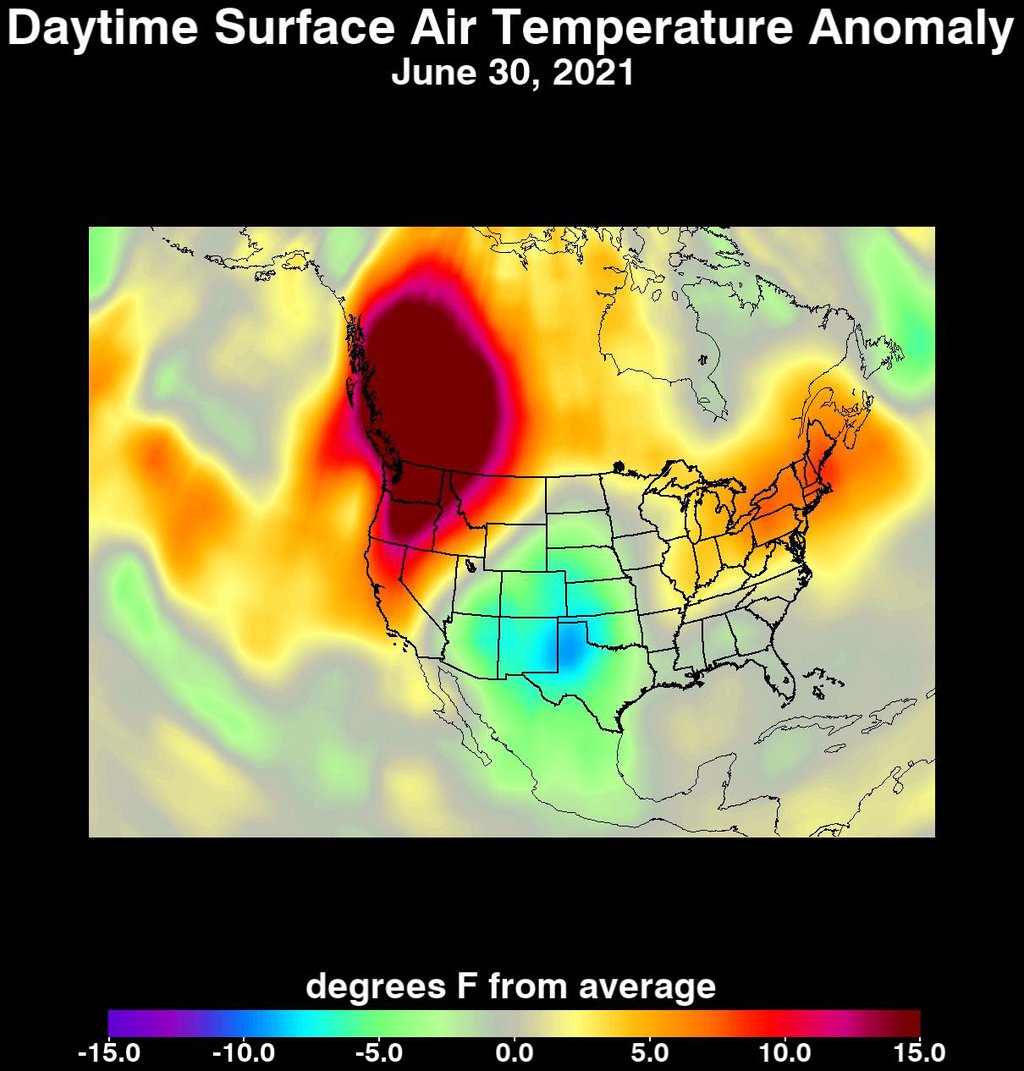 An unprecedented heat wave that started around June 26, 2021, smashed numerous all-time temperature records in the Pacific Northwest and western Canada. NASA's Atmospheric Infrared Sounder (AIRS), aboard the Aqua satellite, captured the progression of this slow-moving heat dome across the region from June 21 to 30. This animation of AIRS data shows surface air temperature anomalies, or values above or below long-term averages. Surface air temperature is something that people directly feel when they are outside. Some of the temperature anomalies were greater than 20 degrees Fahrenheit above the long-term average.

The AIRS instrument recorded similar temperature anomalies at an altitude of about 10,000 feet (3,000 meters), showing that the extreme heat also affected mountainous regions. And temperature anomalies at roughly 18,000 feet (5,500 meters) demonstrated that the heat dome extended high into Earth's troposphere, creating the conditions for intense heat at the planet's surface that are normally found further south.