The Jupiter-Io System and Interaction (Illustration) 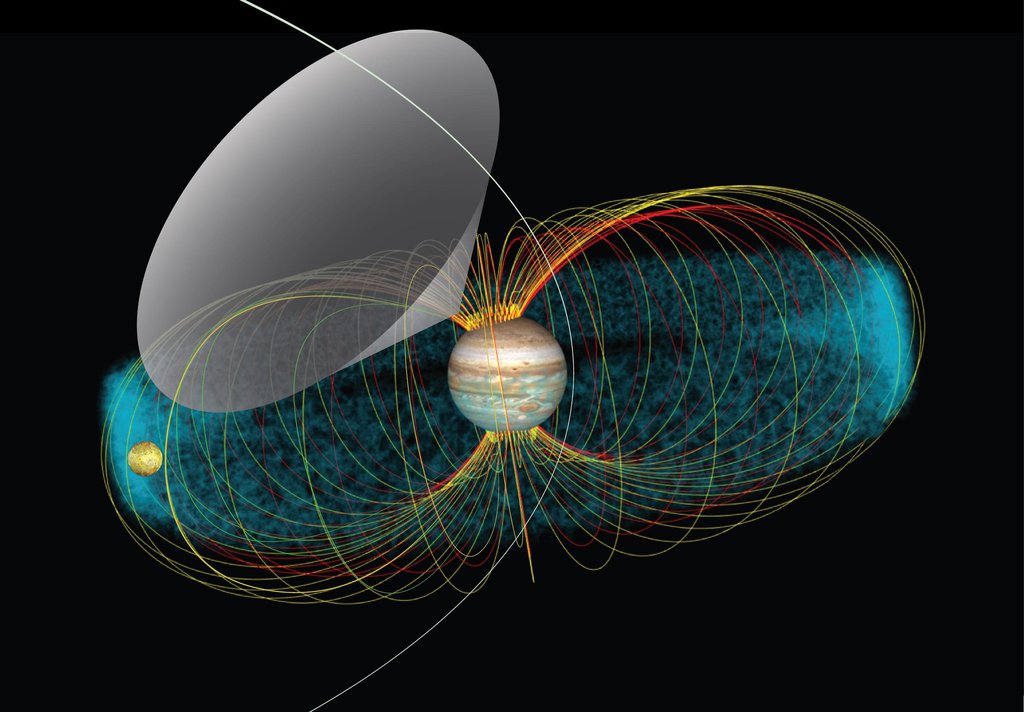 This is a representation of the Jupiter-Io system and interaction. The blue cloud is the Io plasma torus, which is a region of higher concentration of ions and electrons located at Io's orbit. This conceptual image shows the radio emission pattern from Jupiter. The multicolored lines represent the magnetic field lines that link Io's orbit with Jupiter's atmosphere. The radio waves emerge from the source, located at the line of force in the magnetic field, and propagate along the walls of a hollow cone (gray area). Juno receives the signal only when Jupiter's rotation sweeps that cone over the spacecraft, in the same way a lighthouse beacon shines briefly upon a ship at sea. Juno's orbit is represented by the white line crossing the cone.