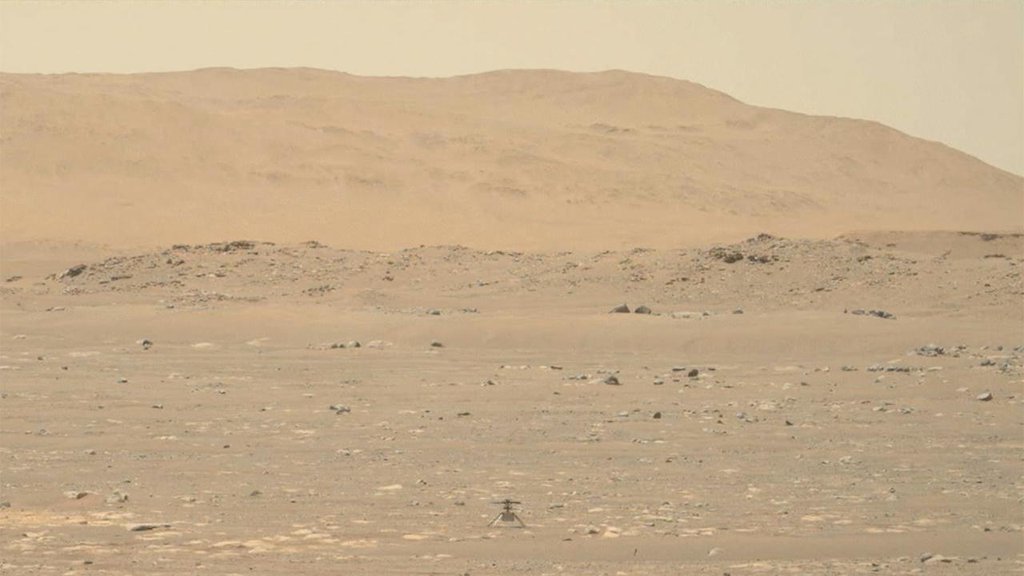 In this footage captured by the Mastcam-Z imager aboard the Perseverance Mars rover on April 19, 2021, the agency's Ingenuity Mars Helicopter lifts of from the Martian surface, hovers for 30 seconds, then touches back down. Lasting a total of 39.1 seconds, the flight marks the first instance of powered, controlled flight on another planet.