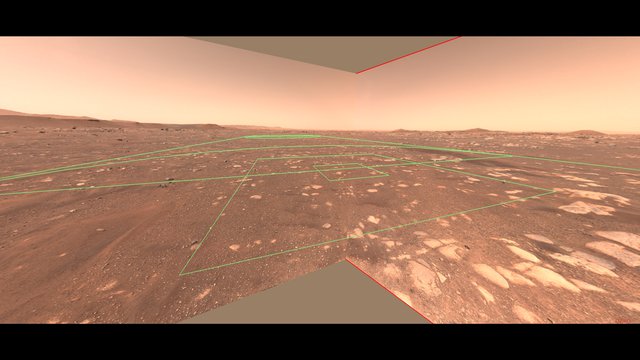 The image was taken by the Navigation Cameras aboard the Perseverance rover.