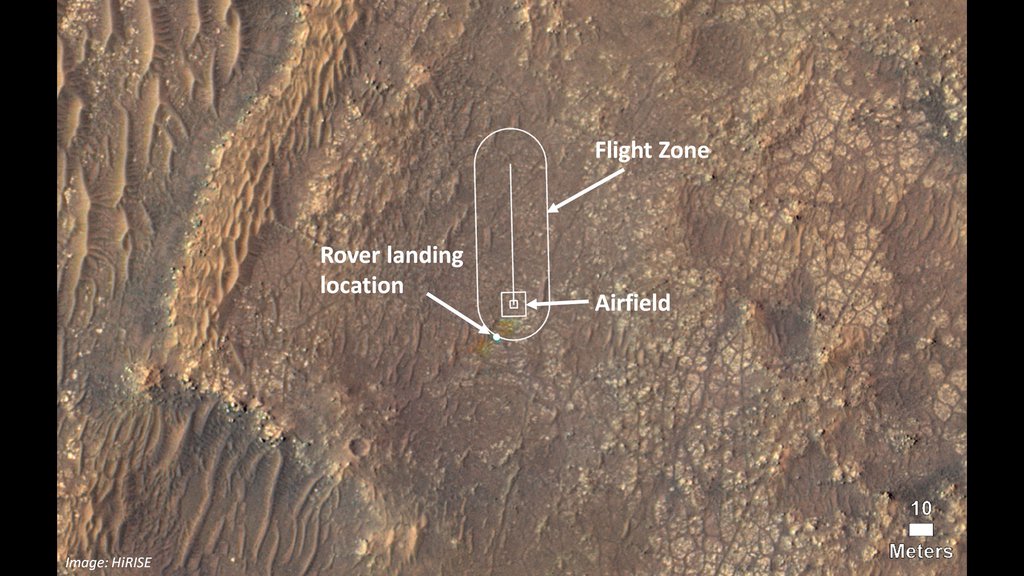 This image shows where NASA's Ingenuity Mars Helicopter team will attempt its test flights. Helicopter engineers added the locations for the rover landing site, the airfield (the area where the helicopter will take off and return), and the flight zone (the area within which it will fly) on an image taken by the High Resolution Imaging Experiment (HiRISE) camera aboard NASA's Mars Reconnaissance Orbiter.

Some small rainbow-like color distortions (which do not actually appear on the terrain of Mars) are seen in this image near the landing location because of the way pre- and post-landing color images were merged.

NASA's Jet Propulsion Laboratory built and manages operations of Perseverance and Ingenuity for the agency. Caltech in Pasadena, California, manages JPL for NASA.