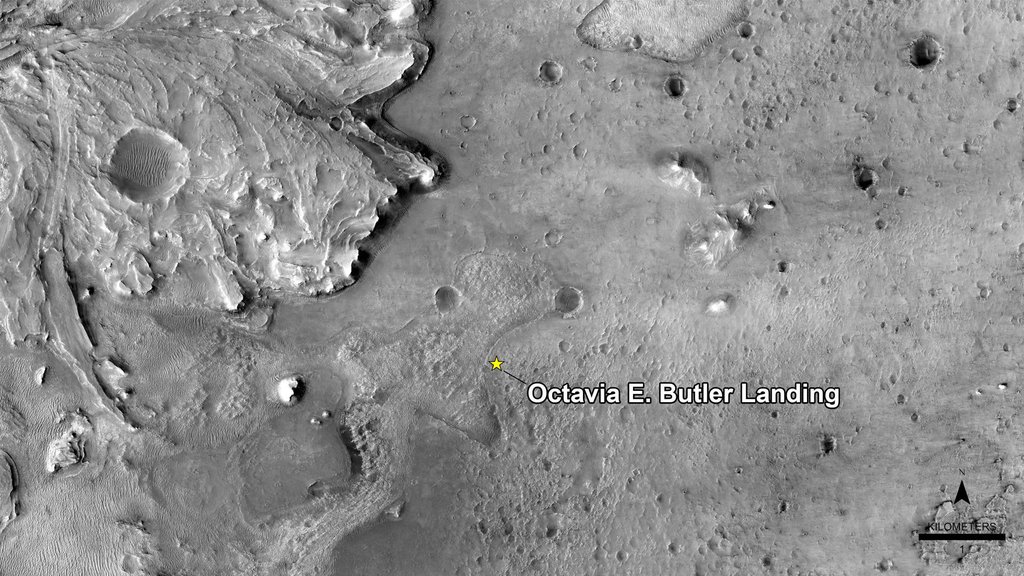 NASA has named the landing site of the agency's Perseverance rover "Octavia E. Butler Landing," after the science fiction author Octavia E. Butler. The landing location is marked with a star in this image from the High Resolution Imaging Experiment (HiRISE) camera aboard NASA's Mars Reconnaissance Orbiter (MRO).