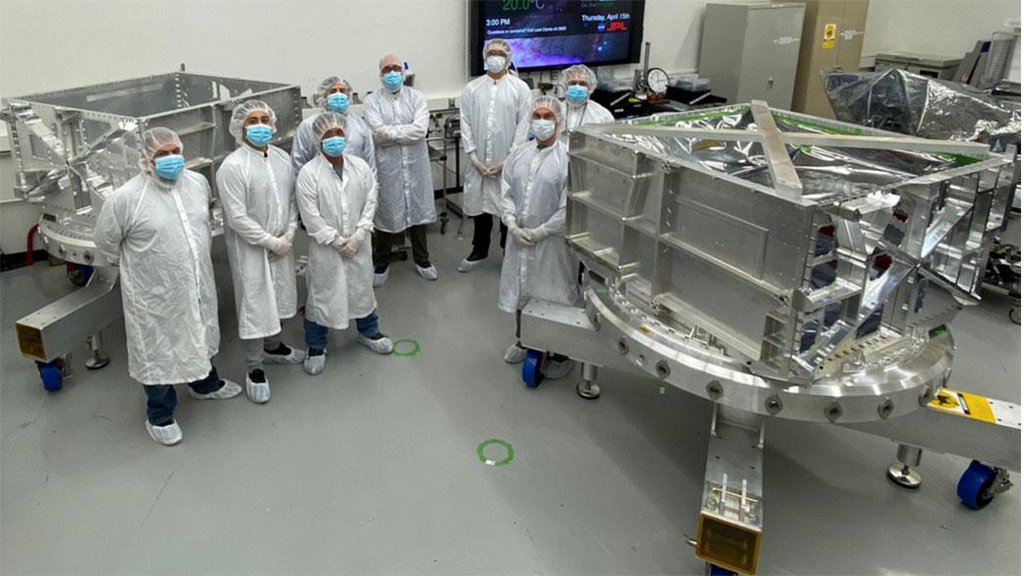 Engineers and technicians in a clean room at NASA's Jet Propulsion Laboratory in Southern California stand between the thick-walled aluminum vault and its duplicate (at rear) that they helped build for the agency's Europa Clipper spacecraft. As Europa Clipper orbits Jupiter, conducting flybys of its moon Europa to gather science data, the vault will protect the spacecraft's electronics from Jupiter's intense radiation.

In 2022, the vault will be bolted to the top of Europa Clipper's propulsion module and affixed with cabling, to provide communications and control across the entire spacecraft. The duplicate test model of the vault gives engineers a way to test procedures before assembly of flight hardware. The test model also will be subjected to stress testing to confirm that the design will work when Europa Clipper operates in deep space.

With an internal global ocean under a thick layer of ice, Europa may have the potential to harbor existing life. Europa Clipper will swoop around Jupiter on an elliptical path, dipping close to the moon on each flyby. Understanding Europa's habitability will help scientists better understand how life developed on Earth and the potential for finding life beyond our planet. Europa Clipper is set to launch in 2024.