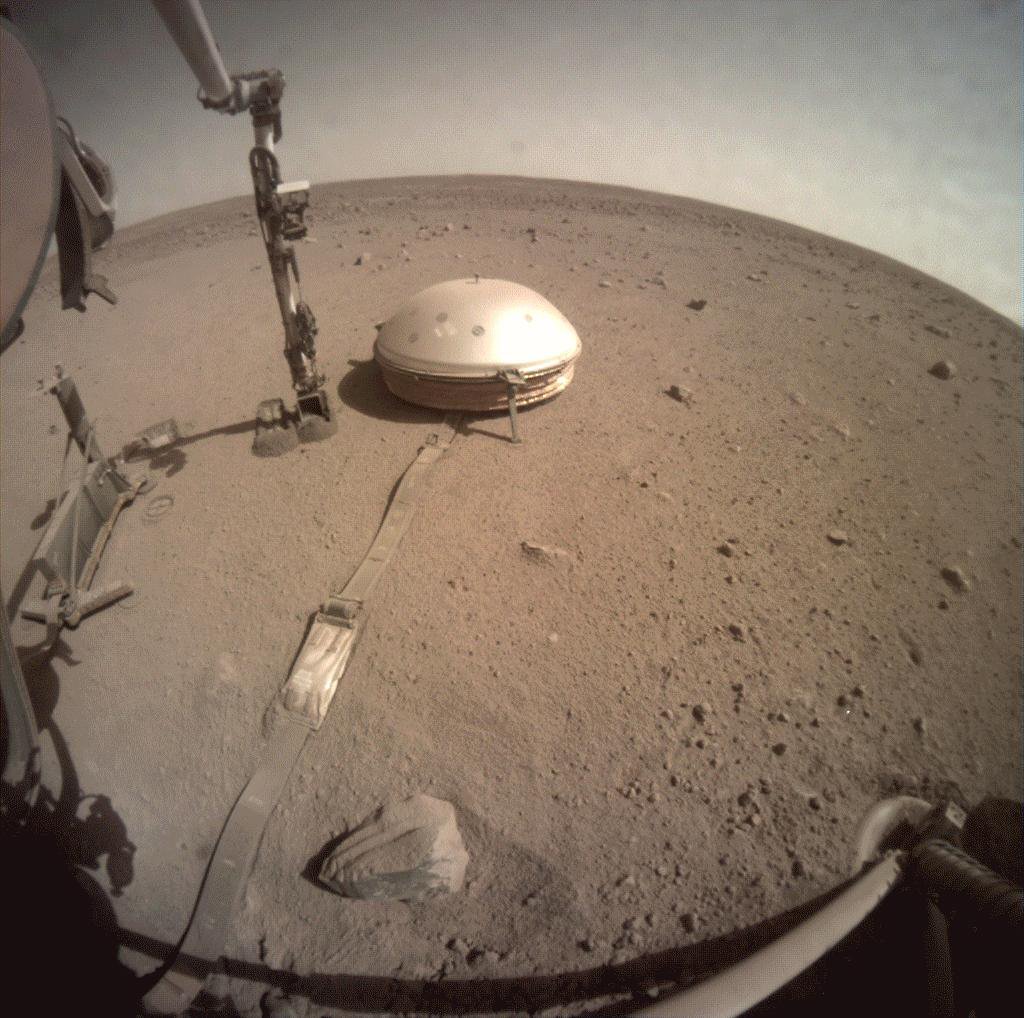 NASA's InSight lander used the scoop on its robotic arm to begin trickling soil over the cable connecting its seismometer to the spacecraft on March 14, 2021, the 816th Martian day, or sol of the mission. Scientists hope this make it easier to detect marsquakes by helping to insulate the cable from the wind and from the extreme temperature shifts that cause the cable to expand and contract.