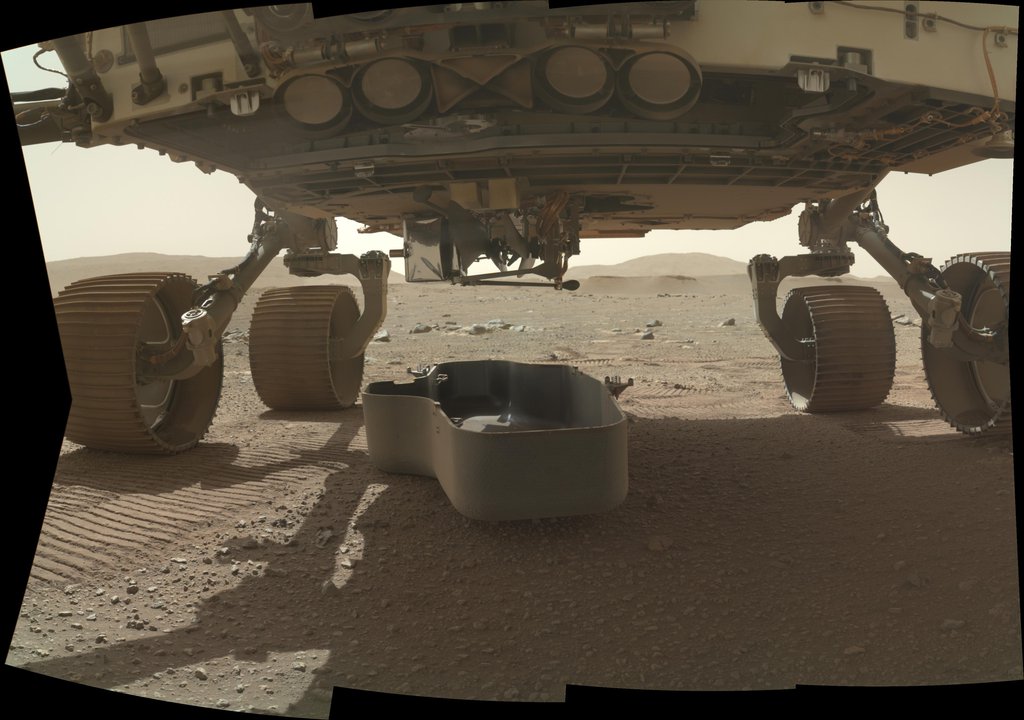 The debris shield, a protective covering on the bottom of NASA's Perseverance rover, was released on March 21, 2021, the 30th Martian day, or sol, of the mission. The debris shield protects the agency's Ingenuity helicopter during landing; releasing it allows the helicopter to rotate down out of the rover's belly. This image was taken by the WATSON (Wide Angle Topographic Sensor for Operations and eNgineering) camera on the SHERLOC (Scanning Habitable Environments with Raman and Luminescence for Organics and Chemicals) instrument, located at the end of the rover's long robotic arm.