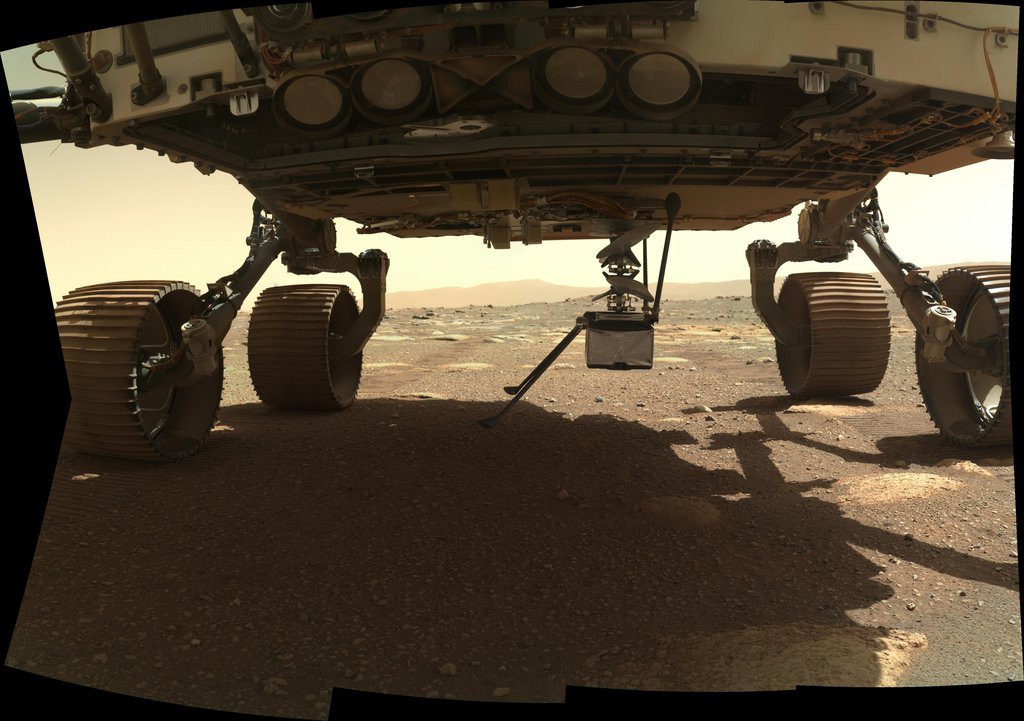 NASA's Ingenuity Mars Helicopter extends vertically into place after being rotated outward from its horizontal position on the belly of the Perseverance rover on March 29, 2021, the 38th Martian day, or sol, of the mission. This image was taken by the WATSON (Wide Angle Topographic Sensor for Operations and eNgineering) camera on the SHERLOC (Scanning Habitable Environments with Raman and Luminescence for Organics and Chemicals) instrument, located at the end of the rover's long robotic arm.