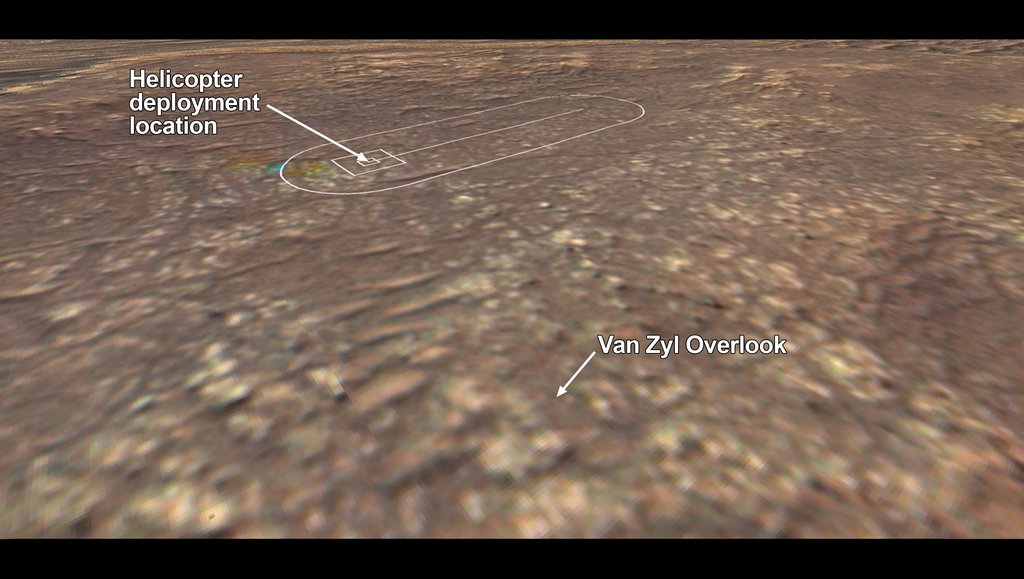 The location where NASA's Mars 2020 Perseverance rover will observe the Ingenuity Mars Helicopter's attempt at powered controlled flight at Mars is called "Van Zyl Overlook," after Jakob van Zyl. Van Zyl was the team's longtime colleague, mentor, and leader at NASA's Jet Propulsion Laboratory in Southern California. He passed away unexpectedly in August 2020, about a month after the launch of Perseverance.

As leader of solar system exploration at JPL, he oversaw successful operations of such NASA missions as Juno, Dawn, and Cassini, the implementation of the Mars InSight lander and MarCO CubeSats, as well as ongoing development of Europa Clipper, Psyche, and all of JPL's instruments and Ingenuity.