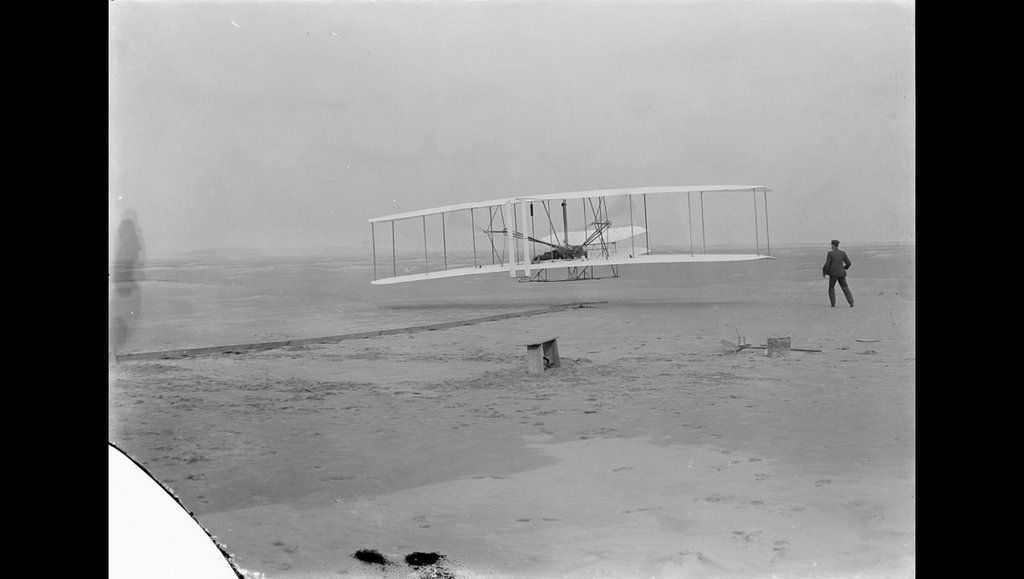 Orville Wright makes the first powered, controlled flight on Earth as his brother Wilbur looks on in this image taken at Kitty Hawk, North Carolina, on Dec. 17, 1903. Orville Wright covered 120 feet in 12 seconds during the first flight. The Wright brothers made four flights that day, each longer than the last.

A small amount of the material that covered the wing of the aircraft, Flyer 1, during the first flight was flown to Mars aboard NASA's Ingenuity Mars Helicopter. An insulative tape was used to wrap the small swatch of fabric around a cable located underneath the helicopter's solar panel. Ingenuity is scheduled to attempt the first powered, controlled flight on another planet in April 2021. The Wrights had been using the same type of material – an unbleached muslin called "Pride of the West" – to cover their glider and aircraft wings since 1901. A different piece of the material, along with a small splinter of wood, from the Flyer 1 was flown to the Moon and back aboard Apollo 11.

The image was taken by John Daniels, a member of the U.S. Life-Saving Station in Kill Devil Hills, North Carolina. Until the day of the flight, Daniels had never seen a camera.