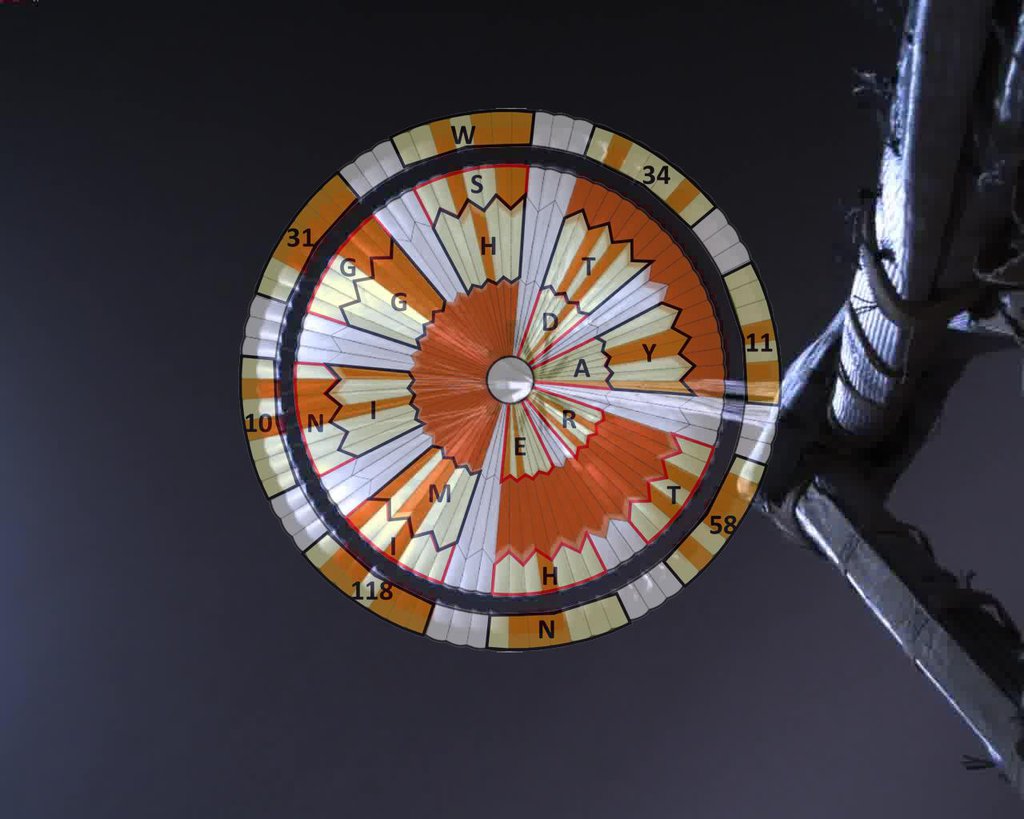 This annotated image was taken by a parachute-up-look camera aboard the protective back shell of NASA's Perseverance rover during its descent toward Mars' Jezero Crater on February 18, 2021. Using binary code, two messages have been encoded in the neutral white and international-orange parachute gores (the sections that make up the canopy's hemispherical shape).

The inner portion spells out "DARE MIGHTY THINGS," with each word located on its own ring of gores. The outer band of the canopy provides GPS coordinates for NASA's Jet Propulsion Laboratory in Southern California, where the rover was built and the project is managed.

Mars 2020 Perseverance Systems Engineer Ian Clark designed the binary code pattern. The saying is JPL's motto and is an abridgement of a quote from Teddy Roosevelt's "Strenuous Life" speech: "Far better is it to dare mighty things, to win glorious triumphs, even though checkered by failure ... than to rank with those poor spirits who neither enjoy nor suffer much, because they live in a gray twilight that knows not victory nor defeat."