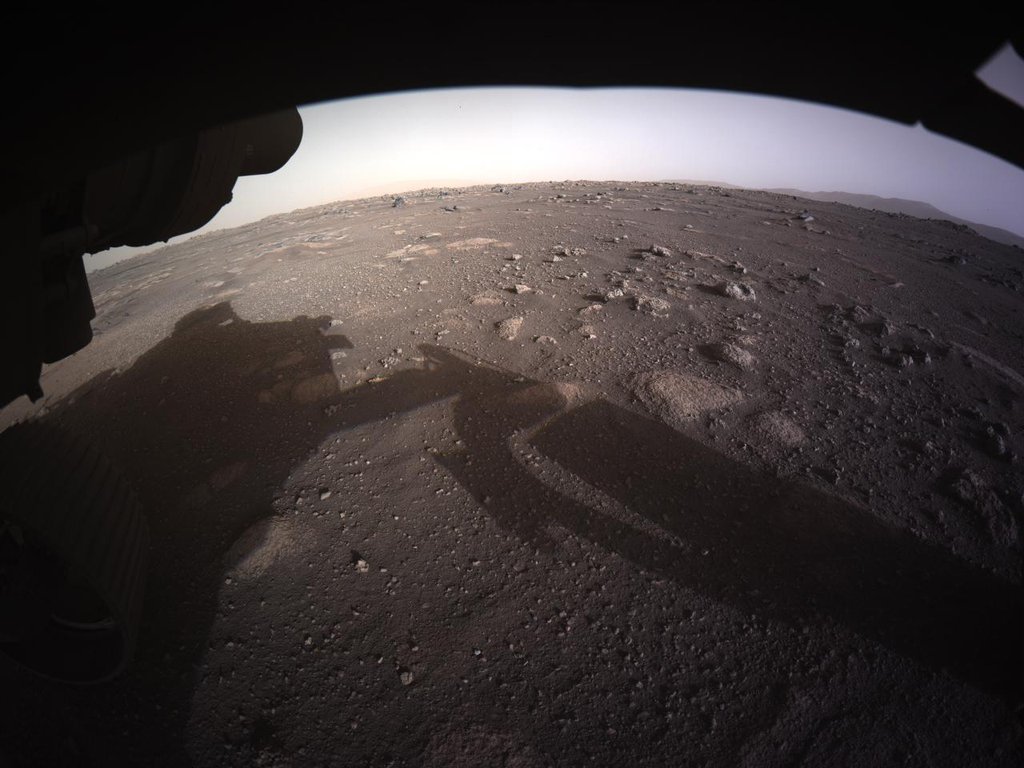 This is the first high-resolution, color image to be sent back by the Hazard Cameras (Hazcams) on the underside of NASA's Perseverance Mars rover after its landing on Feb. 18, 2021.