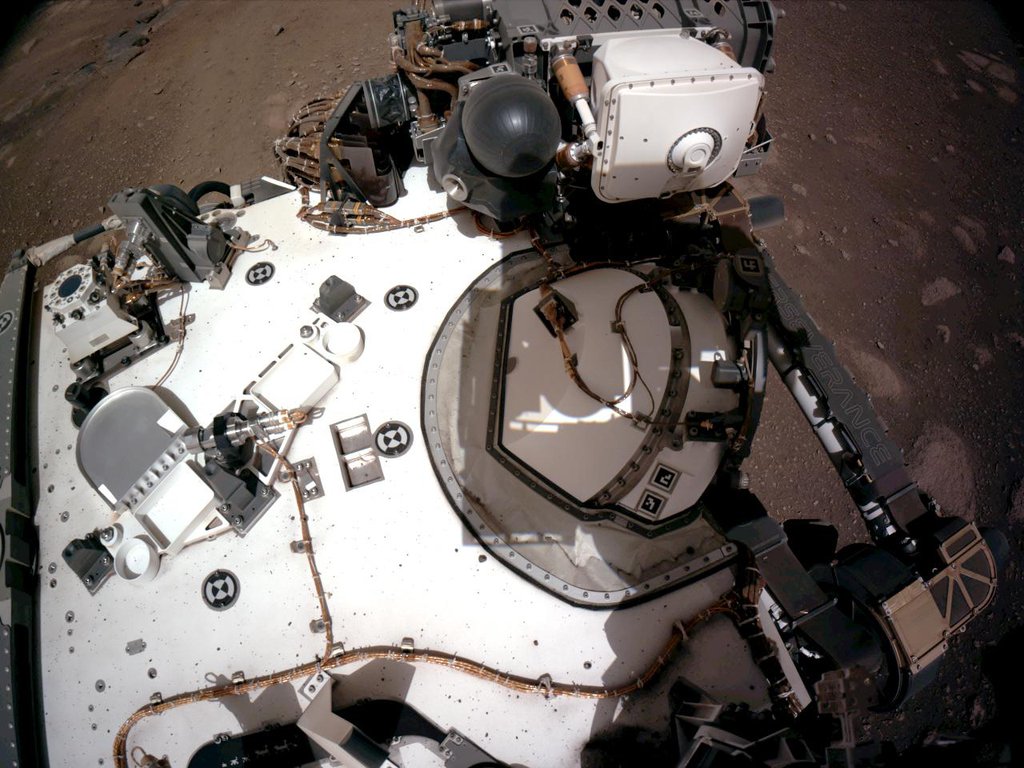 The Navigation Cameras, or Navcams, aboard NASA's Perseverance Mars rover captured this view of the rover's deck on Feb. 20, 2021. This view provides a good look at PIXL (the Planetary Instrument for X-ray Lithochemistry), one of the instruments on the rover's stowed arm.