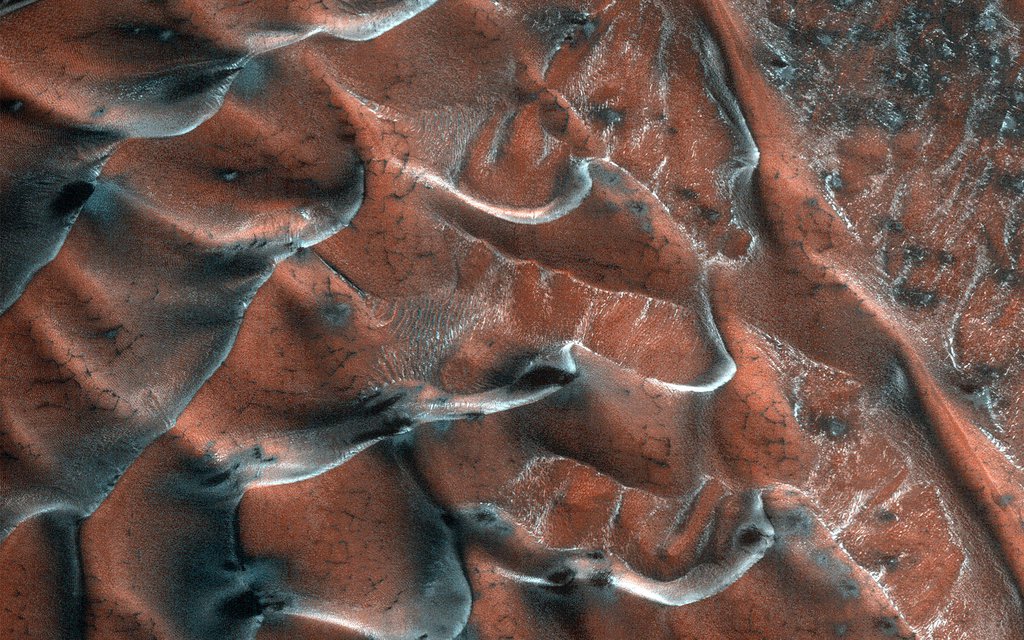 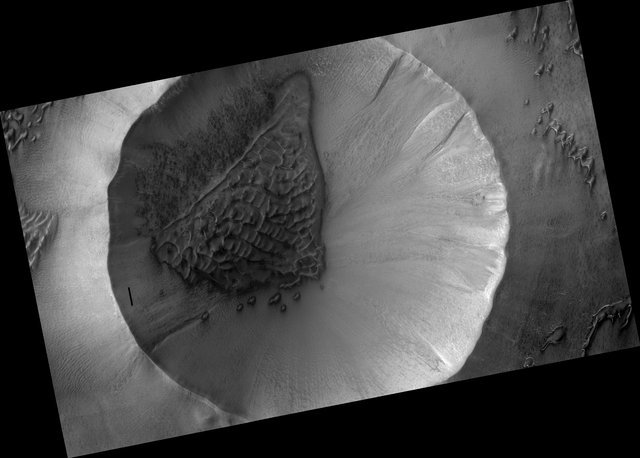 A field of sand dunes occupies this frosty 5-kilometer diameter crater in the high-latitudes of the northern plains of Mars. Some dunes have separated from the main field and appear to be climbing up the crater slope along a gully-like form.

The surface of the main dune field is characterized by a series of dark-toned polygonal patterns. These may be the result of seasonal frost processes. Several of the steeper dune slopes, pointing in the downwind direction, host narrow furrows suggesting the start of gully formation.

The crater floor contains a variety of textures, including lobate and striped patterns that indicate seasonal thaw caused by sublimating ice. Broad downslope movement of materials on the crater slopes opposite the dune field superficially resemble gullies, except that they are generally not defined by distinctive alcoves, incised channels, or sediment aprons. These are the hallmarks of gullies elsewhere on the planet.