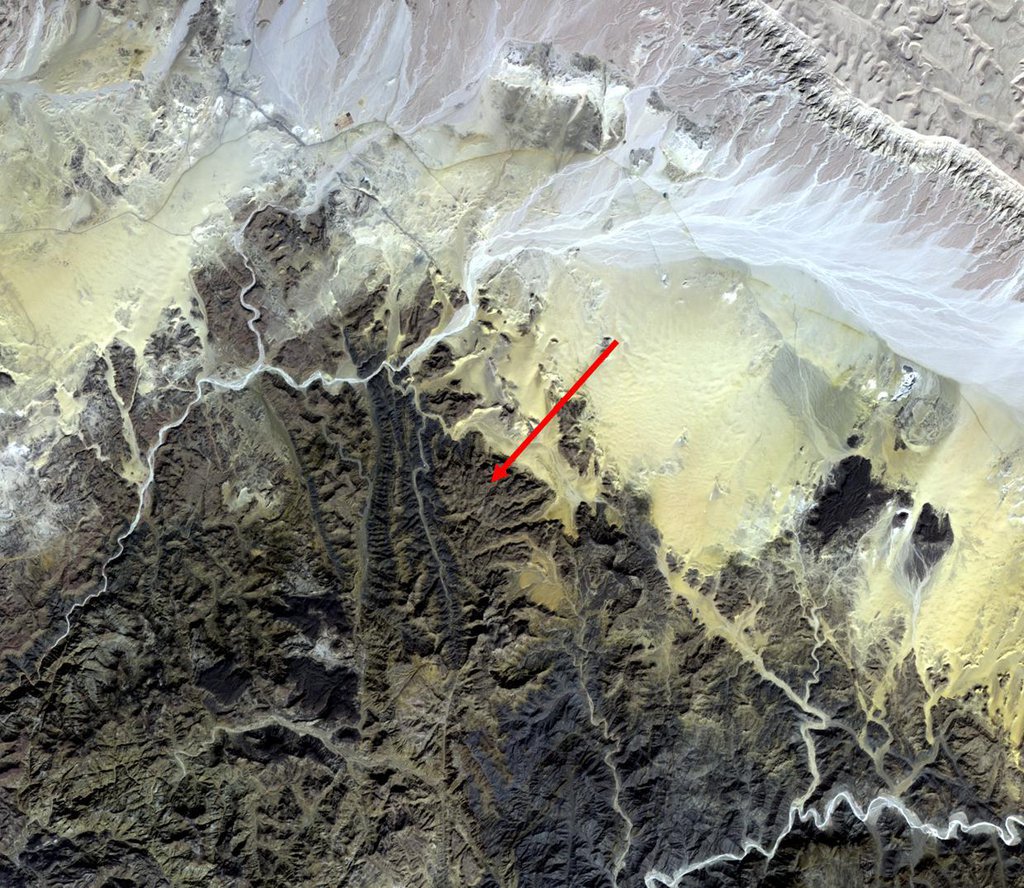 The earliest trace of alphabetic writing was found at Serabit el-Khadim in the Sinai Peninsula, Egypt at a temple to the Goddess Hathor. Since 2800 BCE, turquoise was mined here, mainly by the ancient Egyptians. Four thousand year old inscriptions are in the Proto-Sinaitic script, the ancestor to the Greek alphabet, and our modern alphabets. (Smithsonian magazine, January-February 2021) The image was acquired November 7, 2015, covers an area of 23.3 by 28.2 km, and is located at 29 degrees north, 33.4 degrees east.