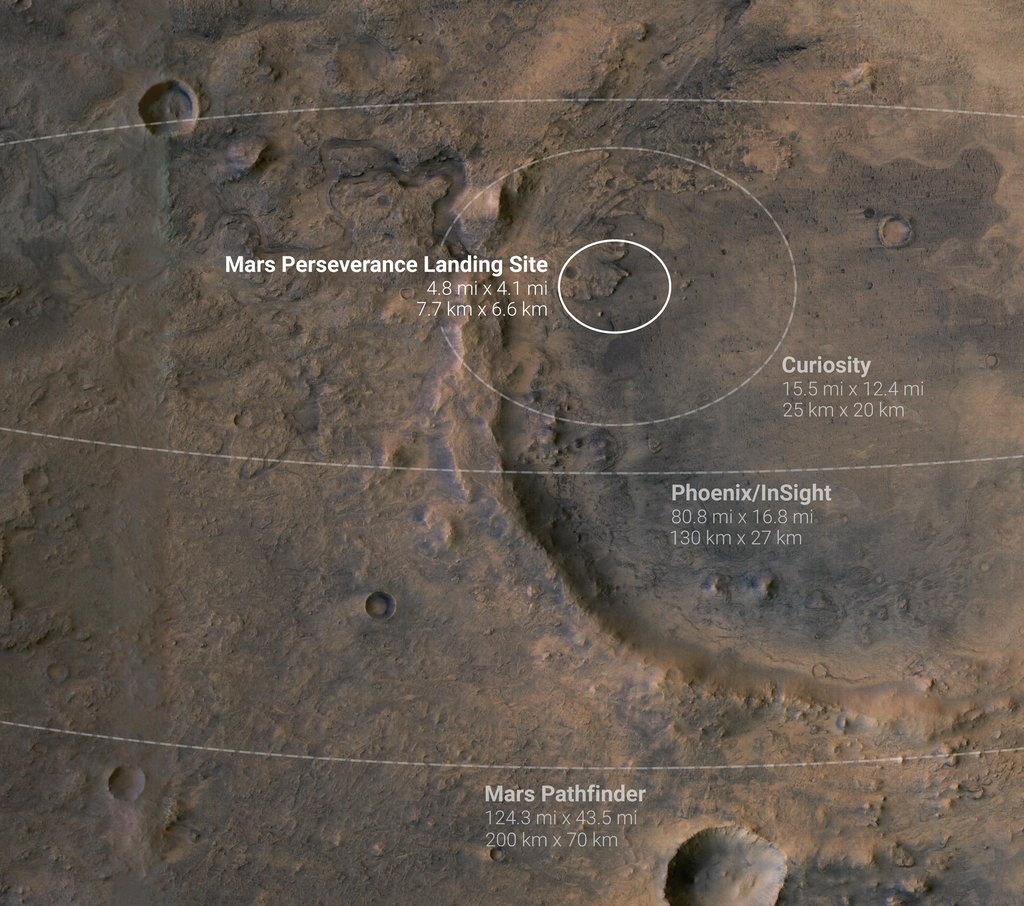 This annotated image shows landing ellipses for five NASA missions to Mars. A landing ellipse is the region within which a probe is expected to land based on its trajectory as it approaches the planet. A smaller landing ellipse means engineers have created a more precise model of the probe's expected trajectory. The four ellipses shown here are for the Perseverance Mars rover, Curiosity Mars rover, InSight Mars lander, Phoenix lander, and Mars Pathfinder probe.