Zeroing in on the Target 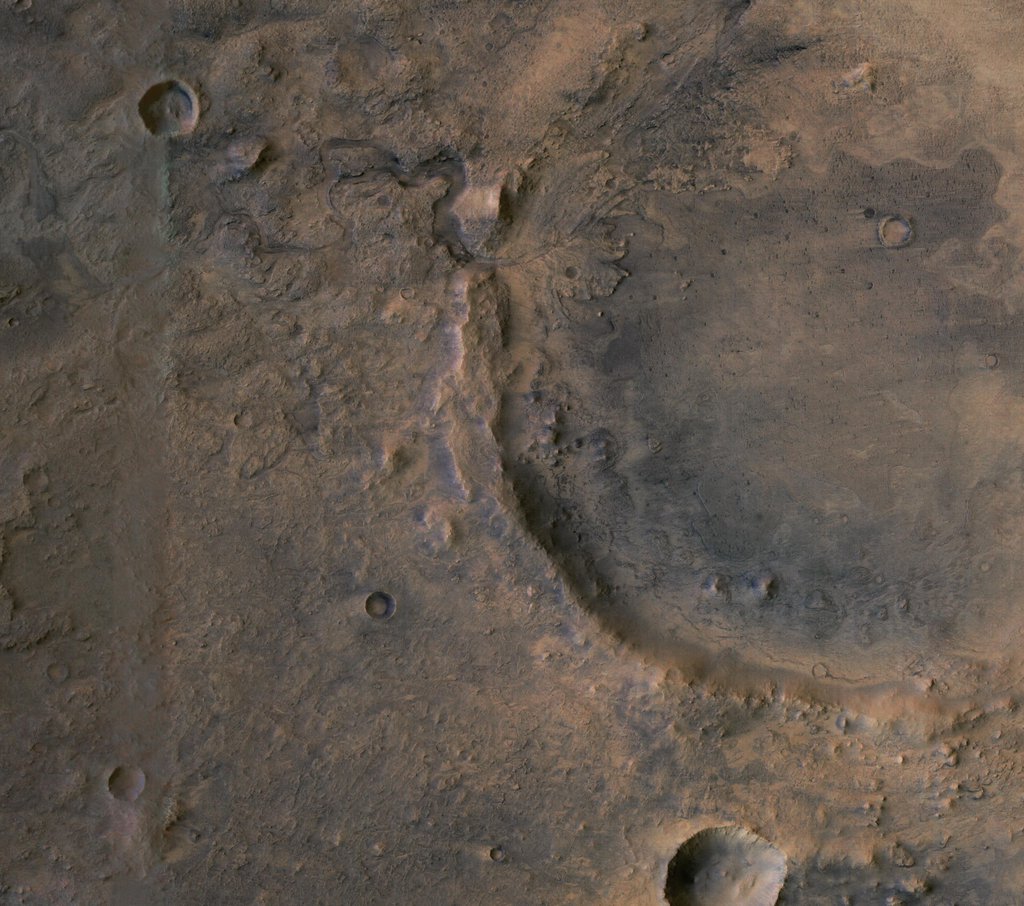 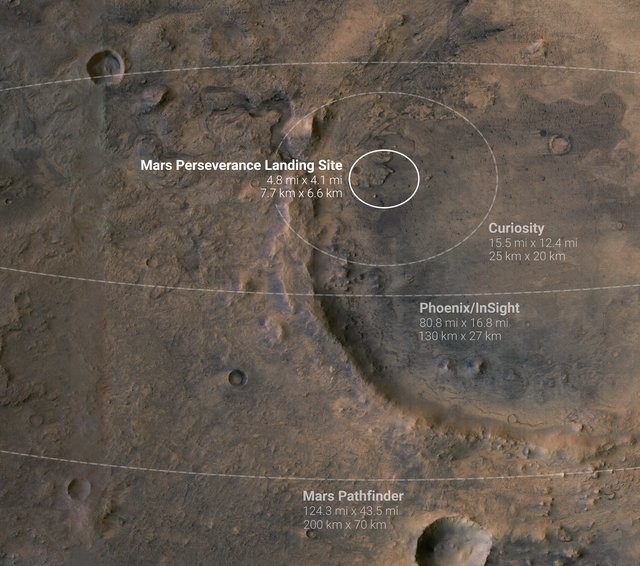 The target landing area of NASA's Perseverance rover is overlaid on this image of its landing site on Mars, Jezero Crater (Figure 1). The larger landing ellipses of several other Mars missions are shown for comparison.

As landing technology improves and these landing ellipses shrink, missions can aim for more precise landings, opening up new areas of Mars to explore. Perseverance takes it two steps further than previous missions. First, it uses a new algorithm to time its parachute deployment based on distance to its target rather than vehicle velocity. This shrinks the landing ellipse to 4.8 miles by 4.1 miles (7.7 kilometers by 6.6 kilometers). Second, the rover uses maps stored in its memory to avoid landing hazards within that smaller ellipse during its propulsive descent phase. This allows Perseverance to target safe landing locations within Jezero Crater. The rover is set to land on Feb. 18, 2021.

Improvements in interplanetary navigation tightened the landing ellipse of Mars Pathfinder in comparison with missions before it. It landed by bouncing on the surface with airbags, and has the largest ellipse in this image, measuring 124.3 miles by 43.5 miles (200 by 70 kilometers). The Phoenix and InSight landers used retrorockets to land on three legs, but still had large possible landing areas about 80.8 miles (130 kilometers) long.

In 2012, the Curiosity team developed guided entry technology, shrinking its landing ellipse further. The spacecraft used small rockets to steer itself through the atmosphere as it headed toward Gale Crater.