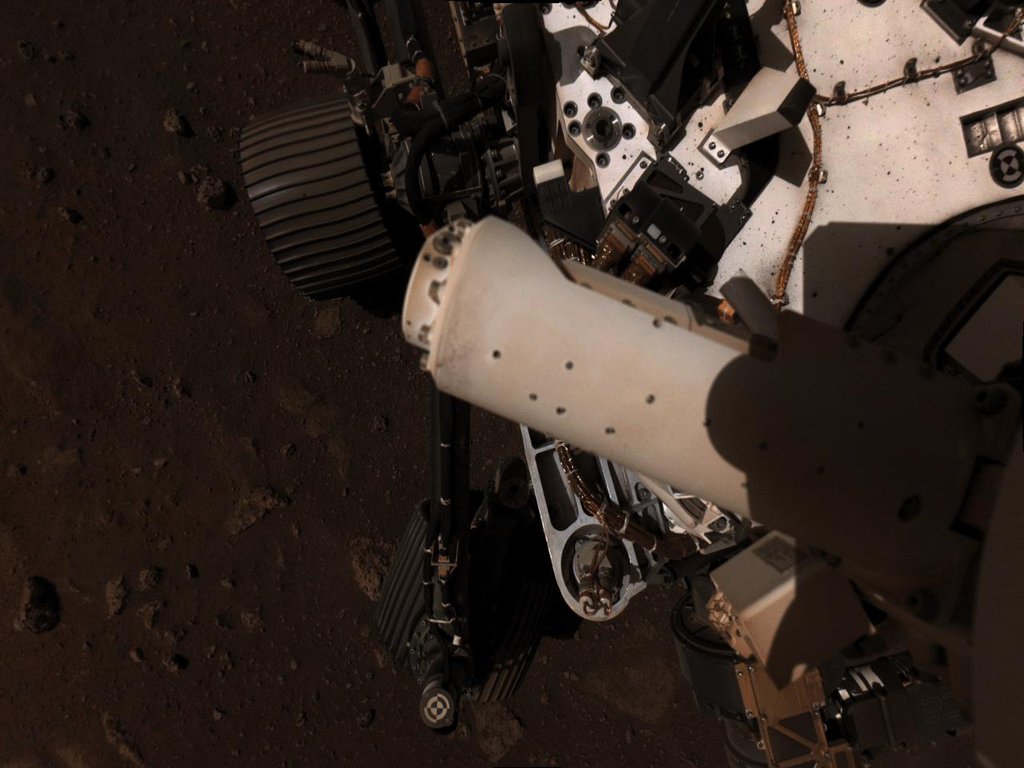 This set of images shows part of the deployment of the Mars Environmental Dynamics Analyzer (MEDA) wind sensors on NASA's Perseverance Mars rover. MEDA is a set of weather sensors, with the wind sensor components on the rover's remote sensing mast. These images were taken by Perseverance's Navigation Cameras on Feb. 28, 2021.