Perseverance and Mars 2020 Spacecraft Components on the Surface 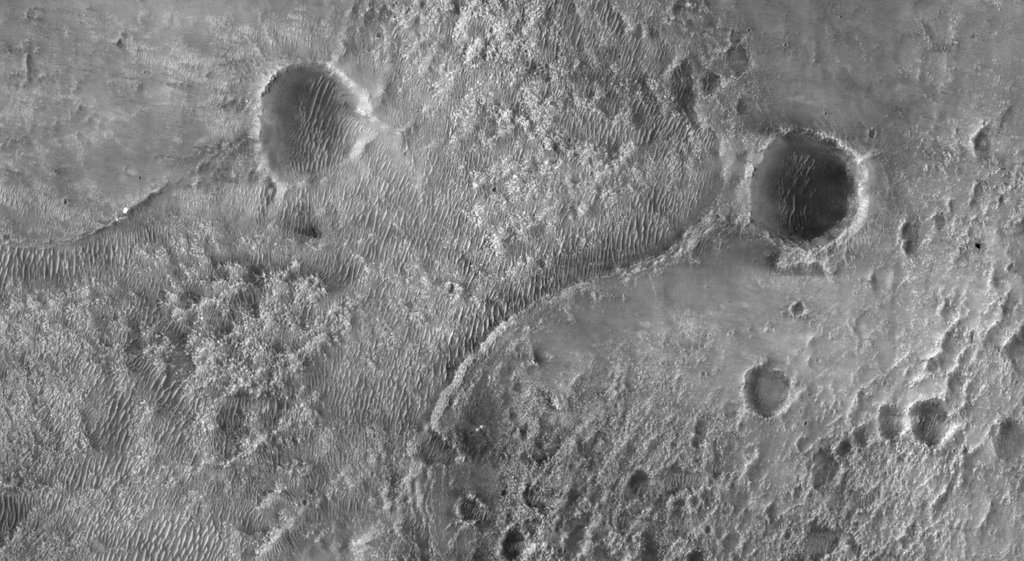 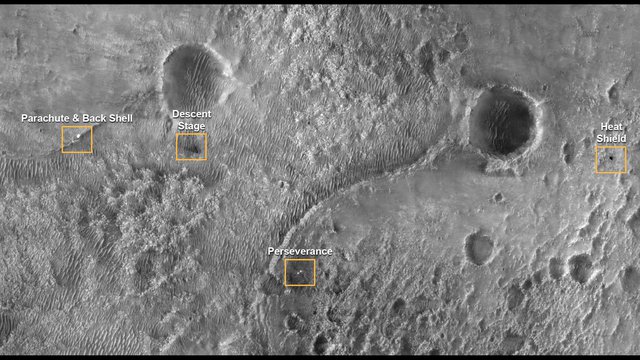 This first image of NASA's Perseverance Rover on the surface of Mars from the High Resolution Imaging Experiment (HiRISE) camera aboard NASA's Mars Reconnaissance Orbiter (MRO) shows the many parts of the Mars 2020 mission landing system that got the rover safely on the ground. The image was taken on Feb. 19, 2021.

An annotated version of the image (Figure 1) points out the locations of the parachute and back shell, the descent stage, the Perseverance rover, and the heat shield. Each inset shows an area about 650 feet (200 meters) across.

The rover itself sits at the center of a blast pattern created by the hovering descent stage that lowered it there using the sky crane maneuver. The descent stage flew off to crash at a safe distance, creating a V-shaped debris pattern that points back toward the rover. Earlier in the landing sequence, Perseverance jettisoned its heat shield and parachute, which can be seen on the surface in the separate locations illustrated.

These objects are highly visible on the surface of Mars now but will become dustier with time and slowly fade into the background over years. HiRISE will continue to image the Perseverance landing site to track the progress of the rover and changes with the other pieces of hardware that accompanied it.