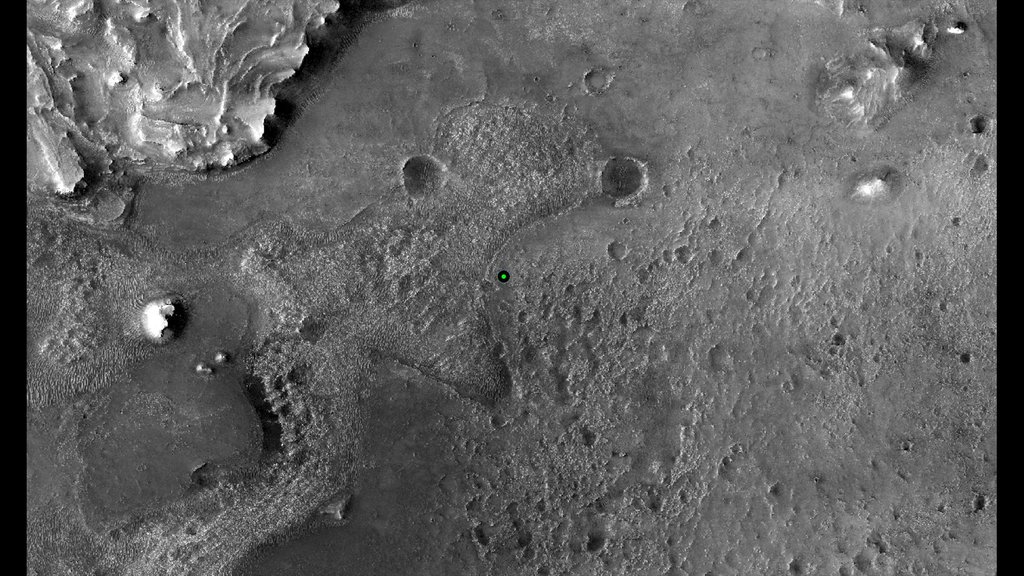 This image shows with a green dot where NASA's Perseverance rover landed in Jezero Crater on Mars on Feb. 18, 2021. The base image was taken by the HiRISE camera aboard NASA's Mars Reconnaissance Orbiter.