Perseverance Touches Down on Mars (Illustration) 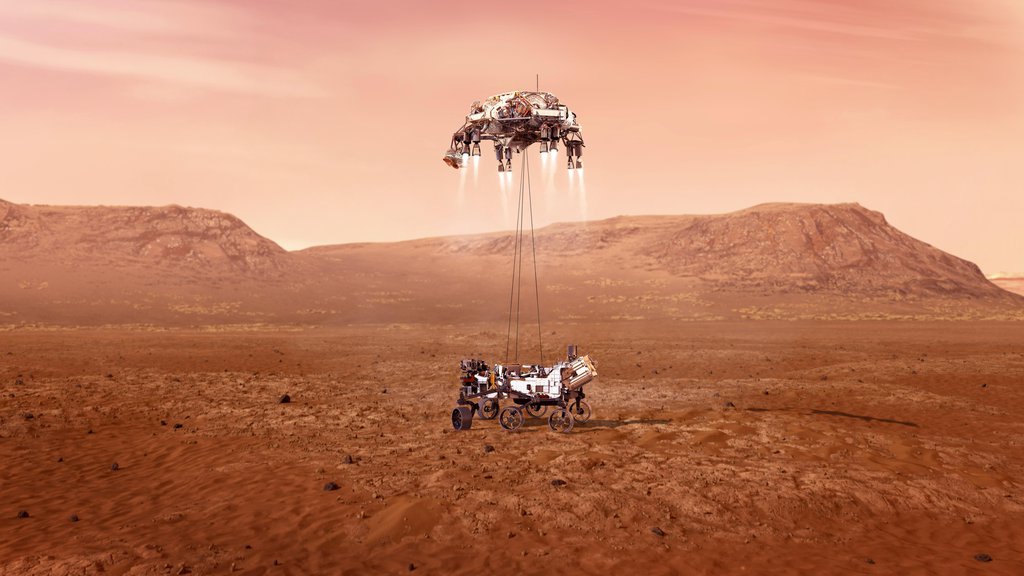 An illustration of NASA's Perseverance rover landing safely on Mars. Hundreds of critical events must execute perfectly and exactly on time for the rover to land safely on Feb. 18, 2021.

Entry, Descent, and Landing, or "EDL," begins when the spacecraft reaches the top of the Martian atmosphere, travelling nearly 12,500 mph (20,000 kph). EDL ends about seven minutes after atmospheric entry, with Perseverance stationary on the Martian surface.

As soon as the rover senses that its wheels have touched the ground, it cuts the cables connecting it to the descent stage. This frees the descent stage to fly off to make its own uncontrolled landing on the surface, a safe distance away from Perseverance.