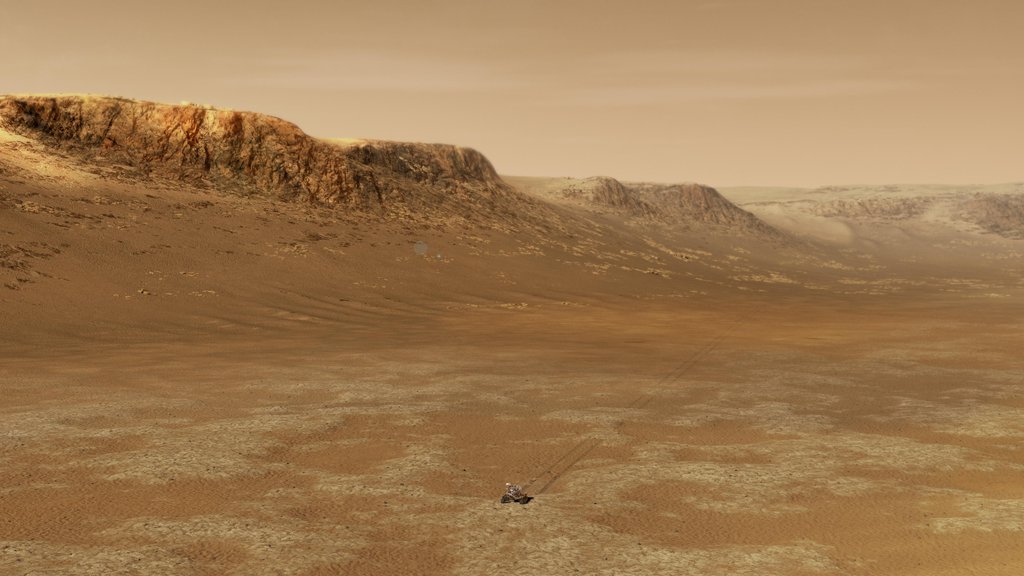 An illustration of NASA's Perseverance rover exploring inside Mars' Jezero Crater. The 28-mile-wide (45-kilometer-wide) crater is located on the western edge of a flat plain called Isidis Planitia, which lies just north of the Martian equator. NASA believes the ancient lake-delta system there is the best place for Perseverance, in its hunt for signs of past microscopic life, to find and collect promising rock and regolith (broken rock and dust) samples for a possible future return to Earth.