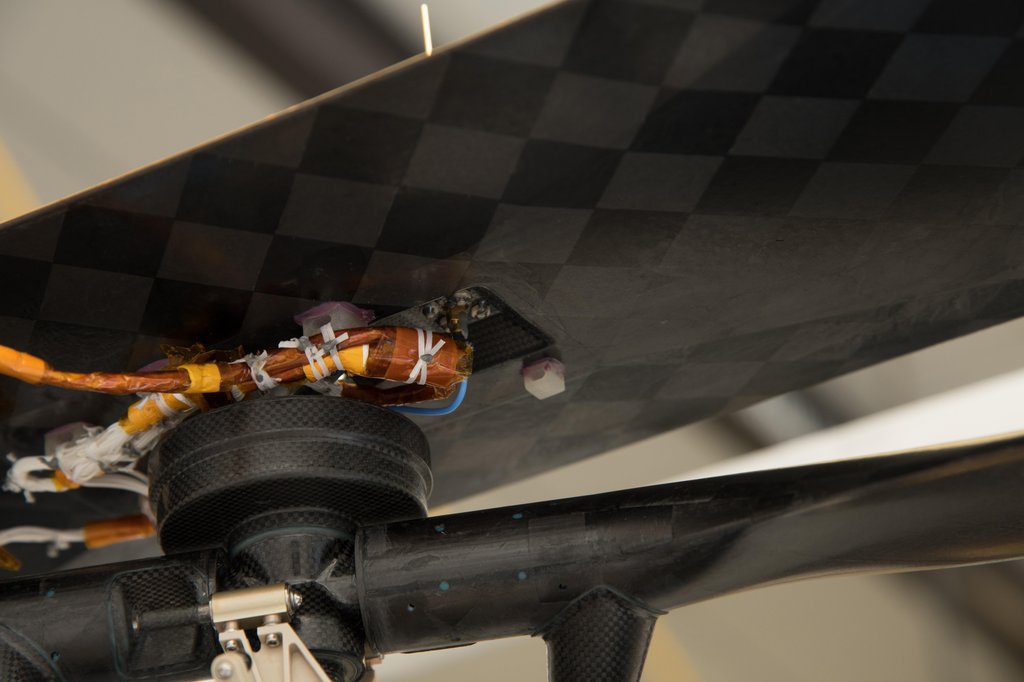 NASA's Ingenuity Mars Helicopter carries a small swatch of muslin material from the lower-left wing of the Wright Brothers Flyer 1. Located on the underside of the helicopter's solar panel (the dark rectangle), the swatch is attached with dark orange polymide tape to a cable extending from the panel, and then further secured in place with white polyester cord used to bind cables together. A gray dot of epoxy at the intersection of the three wraps of cord prevents the lacing from loosening as the rotor blades (upper pair seen at bottom of image) rotate at up to 2,400 rpm. The entire process, from enclosing the material in the plastic to affixing it onto the helicopter took, approximately 30 minutes.

The swatch of material from the Wright brothers' first airplane was obtained from the Carillon Historical Park, in Dayton, Ohio — home to the Wright Brothers National Museum. The image was taken in a clean room at NASA's Jet Propulsion Laboratory in Southern California on January 15, 2020.