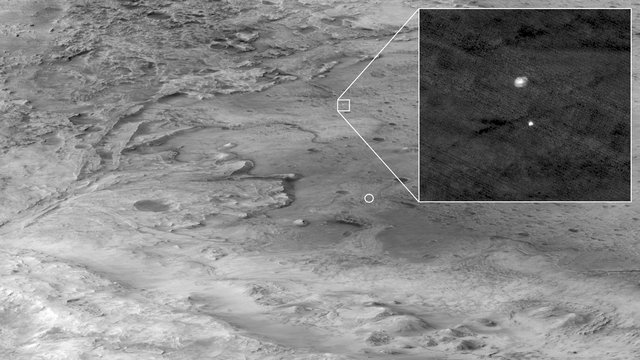 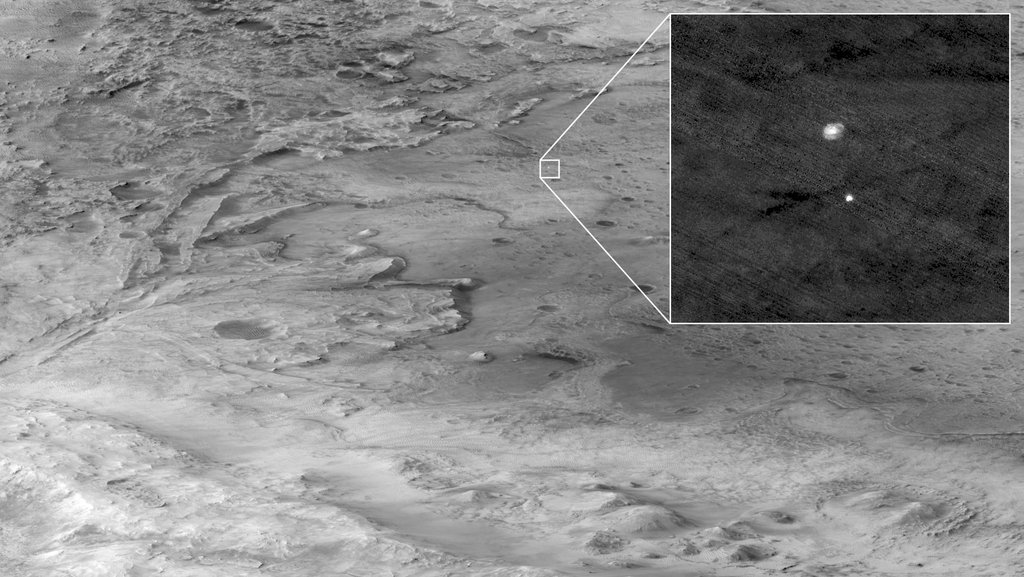 The descent stage holding NASA's Perseverance rover can be seen falling through the Martian atmosphere, its parachute trailing behind, in this image taken on Feb. 18, 2021, by the High Resolution Imaging Experiment (HiRISE) camera aboard the Mars Reconnaissance Orbiter. The ancient river delta, which is the target of the Perseverance mission, can be seen entering Jezero Crater from the left.

HiRISE was approximately 435 miles (700 kilometers) from Perseverance and traveling at about 6750 mile per hour (3 kilometers per second) at the time the image was taken. The extreme distance and high speeds of the two spacecraft were challenging conditions that required precise timing and for Mars Reconnaissance Orbiter to both pitch upward and roll hard to the left so that Perseverance was viewable by HiRISE at just the right moment.

The orbiter's mission is led by NASA's Jet Propulsion Laboratory in Southern California. JPL, a division of Caltech, manages the Mars Reconnaissance Orbiter for NASA's Science Mission Directorate in Washington. Lockheed Martin Space in Denver, built the spacecraft. The University of Arizona provided and operates HiRISE.