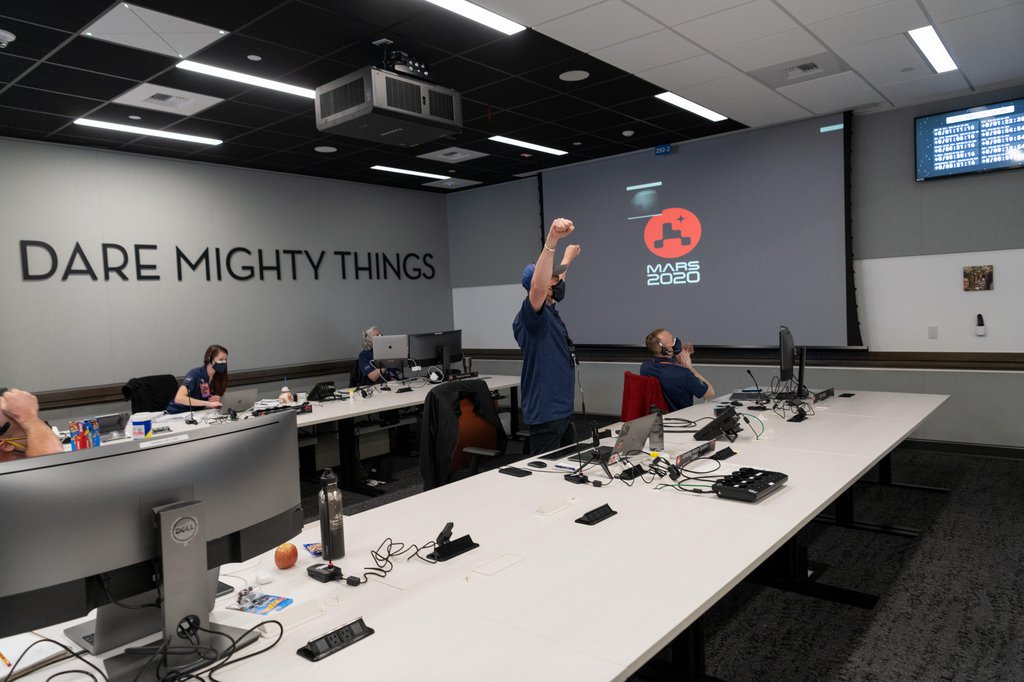 Members of NASA's Mars 2020 Perseverance rover mission celebrate on Feb. 18, 2021, after learning the spacecraft has touched down on Mars. They are in the Entry, Descent and Landing War Room at NASA's Jet Propulsion Laboratory in Southern California.