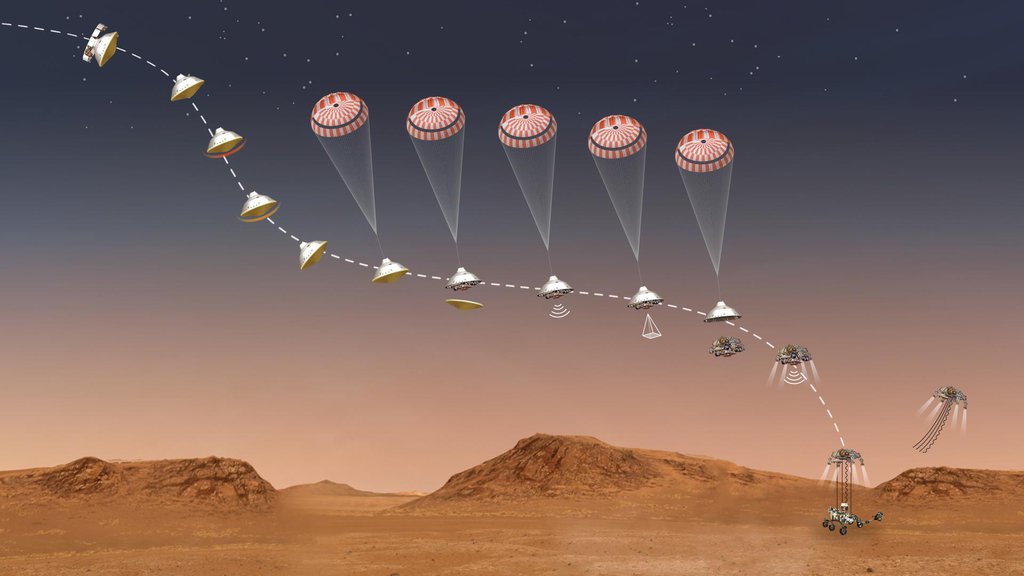 This illustration depicts the some of the major milestones NASA's Perseverance rover will go through during its 7-minute descent to the Martian surface on Feb. 18, 2021. Hundreds of critical events must execute perfectly and exactly on time for the rover to land safely.

Entry, Descent, and Landing, or EDL, begins when the spacecraft reaches the top of the Martian atmosphere, traveling nearly 12,500 mph (20,000 kph). It ends about seven minutes later, with Perseverance stationary on the Martian surface. Perseverance handles everything on its own during this process. It takes more than 11 minutes to get a radio signal back from Mars, so by the time the mission team hears that the spacecraft has entered the atmosphere, in reality, the rover is already on the ground.