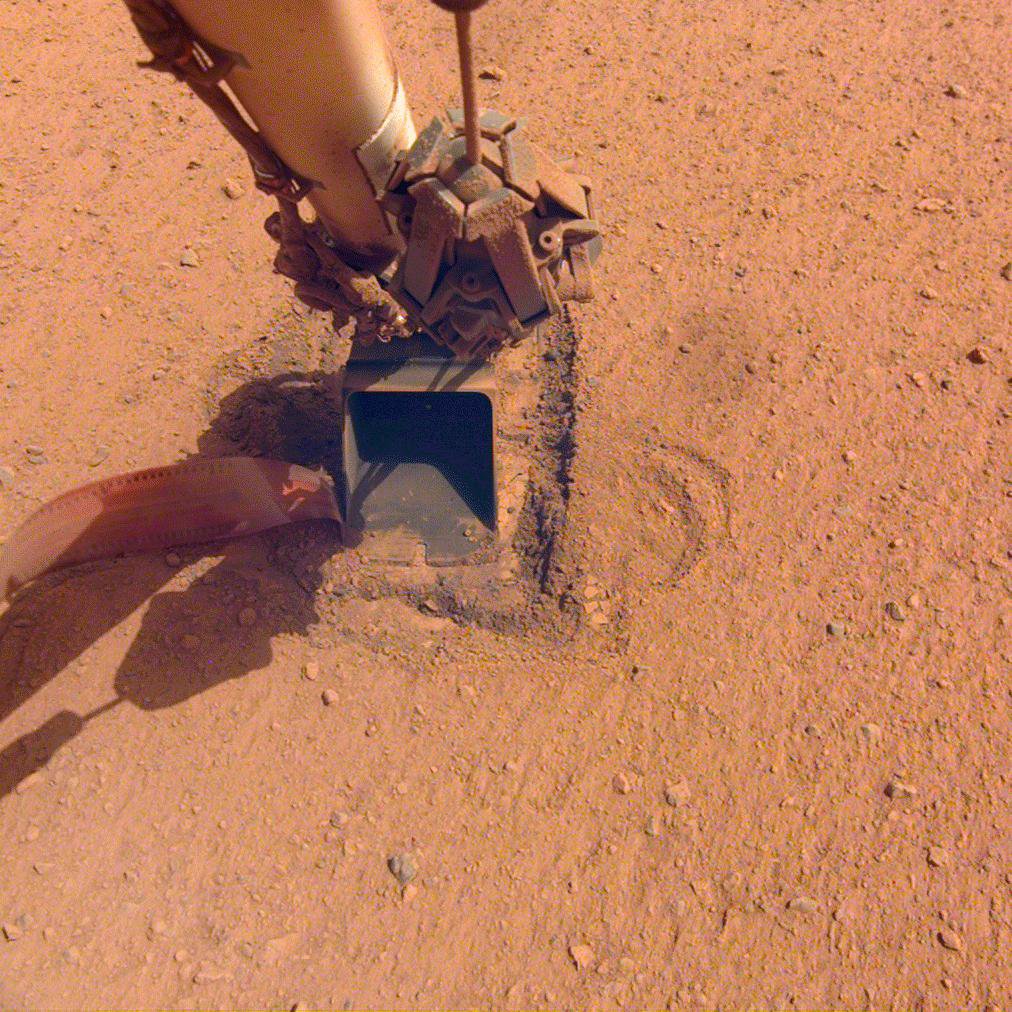 The "mole," a heat probe that traveled to Mars aboard NASA's InSight lander, as it looked after hammering on Saturday, Jan. 9, 2021, the 754th Martian day, or sol, of the mission. Since Feb. 28, 2019, the probe has been attempting to burrow into the Martian surface to take the planet's internal temperature. But the sand's unexpected tendency to clump deprived the spike-like mole of the friction it needs to hammer itself to a sufficient depth. On Jan. 9, with no progress, the team called an end to their efforts.